Hlabangwane also abandoned by his lawyer after he failed to pay 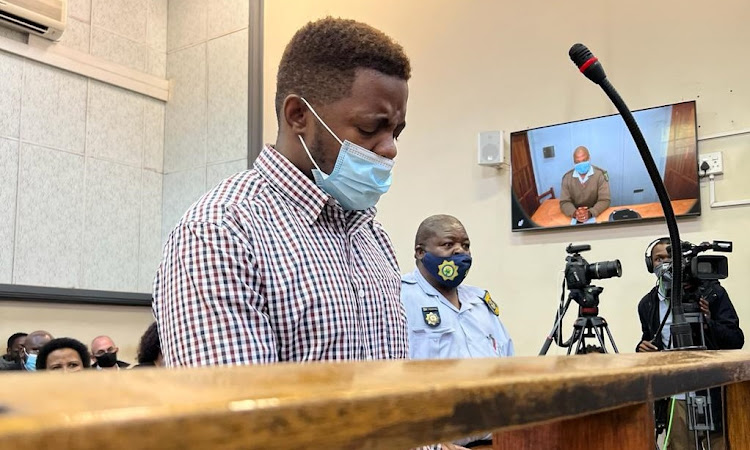 The actuarial science graduate accused of murder will have to wait until Friday to have his application for a mental evaluation submitted after he failed to pay his lawyer.

Flavio Hlabangwane, 26, appeared briefly in the Protea magistrate's court on Tuesday on a charge of murder after body parts were found in his fridge in Protea Glen, Soweto, on November 13.

His lawyer, Gift Mncube, told the court that he would not be able to proceed with the matter as he had not received financial instructions.

“There is a slight predicament accused’s family indicated to me that they currently do not have funds. They asked for a bit of time to gather the funds required for the matter to proceed. By Friday I’ll have the financial instructions to proceed,” said Mncube.

Magistrate David Mhango postponed the matter for December 3 for Hlabangwane and Mcube to iron out their financial hurdle.

Previously, Hlabangwane’s matter was postponed after it emerged that he attempted to kill himself in the morning before his appearance.

The news about his attempted suicide came out during his second appearance.

Mncube previously told the court that he would be submitting an application for client on his next appearance to undergo mental evaluation.

Flavio 'chopped up woman in drug-induced fit of rage'

Flavio Hlabangwane, the man accused of murder in connection with the body parts that were found in his fridge in Soweto, allegedly assaulted the ...
News
7 months ago

In a dimly lit room of a four-roomed house in the belly of White City, Soweto, Paul Hlabangwane buried his face in his hands.
News
7 months ago

The family of a missing woman suspected to be the victim of mutilation, allegedly by her boyfriend Flavio Hlabangwane, has approached the police in ...
News
7 months ago
Next Article