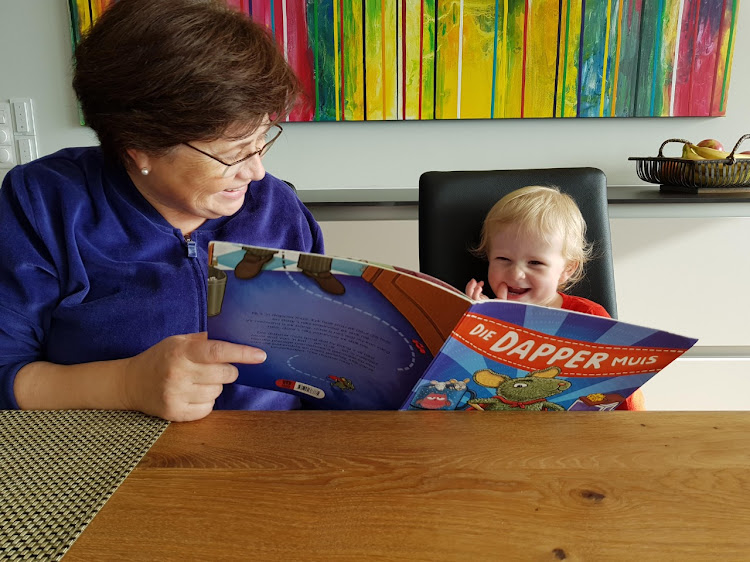 Wilhelmien van Nieuwenhuizen reads to her grandson Lukas Koorts, who was two-and-a-half when he last spent time with her. He is now four, their bond has weakened over time and their upcoming family holiday has been cancelled.
Image: supplied

Sudden travel bans triggered by SA’s announcement of the discovery of the Omicron Covid-19 variant have been devastating — and not just in economic terms.

Families, travellers and the many people looking forward to a holiday with people they haven’t seen for years because of lockdown were also left in the lurch as those plans were thrust into doubt.

Last week, dozens of countries banned travellers from SA due to the threat of the Omicron variant.

The UK high commission, one of the first to place SA on the “red list”, confirmed that direct BA flights would be back from this week — but only for “UK/Irish nationals and those with residence rights”.

They would also need to quarantine for 10 days in a government-approved hotel.

As @British_Airways & @VirginAtlantic prepare to resume direct flights to 🇬🇧 please be aware that entry is still restricted to UK/Irish nationals & those with residence rights & they will need to undertake 10 days quarantine in a government approved hotel. Full details in this 🧵 https://t.co/pNwXIprSE5

“We’ve cancelled our family gatherings twice this year already, and now doing it again you are forced to face the time you have lost, and the fact that so much has been lost and you can never get it back.

“Babies have been born, children are growing older, and those family bonds and the rituals we share are passing by. And for families who are separated but have learnt to deal with it by travelling, those tools have been taken away,” she said.

Koorts and her siblings live in SA, while her mother and stepfather live in Switzerland and have been there almost 20 years. The family is close knit, but have managed to stay bonded through regular gatherings and joint celebrations for weddings, births, reunions and other special occasions.

“The last time we were all together was in December 2019 when we went to Switzerland and my mom turned 60,” Koorts said.

But then the pandemic hit and get-togethers became impossible.

Koorts’s stepbrother’s wedding was postponed twice before going ahead in October. Her youngest brother and his wife had twin girls in October. And a lightning-quick visit by her mom and stepdad served only to highlight how her own four-year-old and other brother’s five-year-old had lost their close bond with their granny. 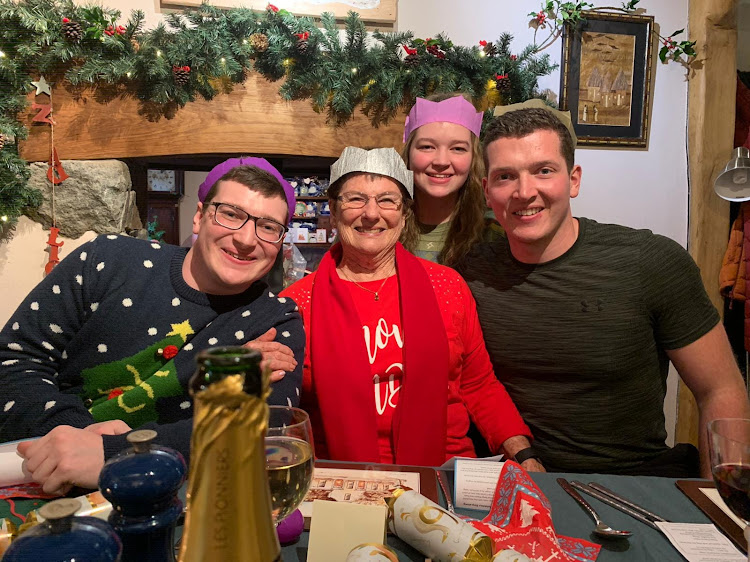 Joy Lloyd with her Welsh grandchildren Ben, Megan and Sam who she hasn't seen in two years because of the pandemic. Their plans for a family Christmas this year have been scuppered by the Omnicon travel ban.
Image: Supplied 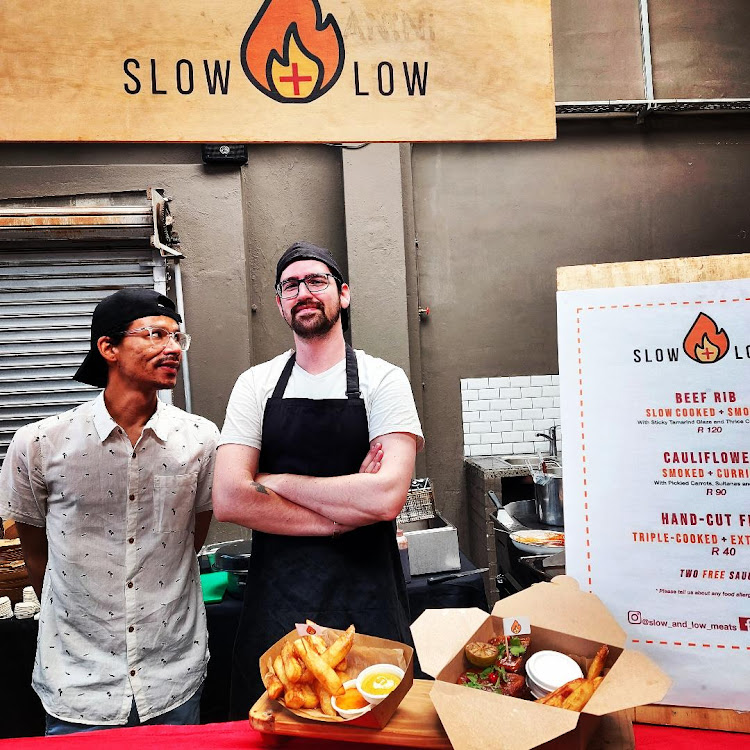 Business partners Lester Adams and Connor Wolstencroft, who have the Slow + Low food stall at the Neighbourgoods weekend market at Cape Town's Old Biscuit Mill, have taken a hit as their growing business has been knocked again as travel bans have emptied the city of tourists.
Image: Supplied

And so when SA was taken off the red list and international travel became possible again earlier this year, the family rented a large holiday home in Somerset West for a three-week family break over Christmas to enable them to reconnect. The sudden reimplementation of the travel bans has left them completely gutted.

“I called my mom this morning and she has not been able to stop crying for her loss ... those toddler years. This was going to be a chance to get something back, and it’s gone. She is now literally in mourning,” Koorts said.

Their pain is shared by Joy Lloyd, a widow who lives alone in a retirement home in Port Alfred in the Eastern Cape, and was set to leave on December 9 to spend a few months in Wales with her two daughters and grown grandchildren, whom she hasn’t seen in two years.

When SA was taken off the red list, Lloyd jumped at the chance to see her faraway loved ones, and splurged on her first business-class ticket.

“I paid for the whole trip and filled out all the forms — physical and online. I ordered and paid for the tests I was required to take before leaving and again two days after my arrival. I sorted the extra travel insurance they want because of my age,” Lloyd said.

“I told them, ‘My goodness, I still ride horses. Why do you think I’m going to fall over?’" said the feisty grandmother, who turns 80 in February.

“I miss my family terribly and I was very down on Saturday. But you’ve just got to get on with things, there’s nothing we can do about it. We’re all in the same situation and completely helpless,” she said.

Her family is extremely close and in regular contact, they were used to seeing each other every six months or so until the pandemic.

Lester Adams, who — with business partner Connor Wolstencroft runs the Slow and Low Meats stall at the weekend Neighbourgoods Market that operates from the Old Biscuit Mill in Cape Town’s Woodstock — has also been hard hit.

Their popular food stall is beginning to take off, with increasing support from Cape Town locals and incoming tourists. He said large tour groups from various countries have started arriving, and news from the Makers Landing V&A food community was that 30 cruise ships would be arriving in Cape Town in the next few weeks.

The SA government said it had noted the announcements by several countries to institute temporary travel restrictions on the country and parts of the ...
News
1 month ago

But this has all been scuppered by the Omnicon variant. And now traders, and even what Adams refers to as the ‘gig economy’, has already taken a knock as markets emptied out and tourists scrambled to get home immediately out of fear of being stuck in a foreign country, unable to return home.

“I was watching the news unfold on Friday and I saw countries pulling out, one after the other like dominoes. I managed to speak to a few tourists at the weekend, and they were anxious and scared — waiting for news from their consulates or governments,” Adams said.

It hit again on Sunday when a fellow-trader he hardly knows approached him for help after a day of super-slow business. He had not made enough money to buy food.