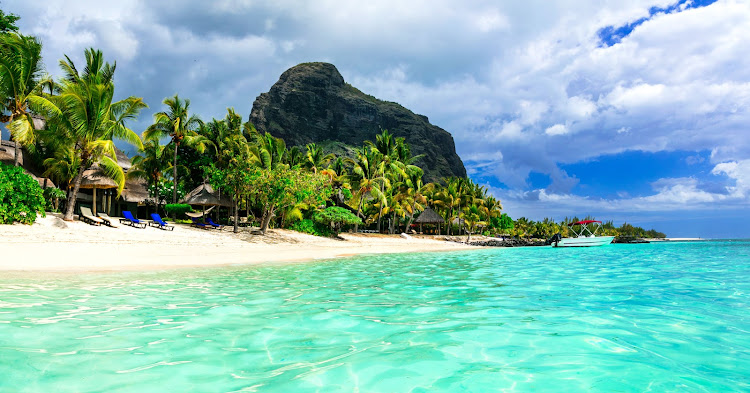 SA holidaymakers can forget sipping cocktails on the white sandy beaches of Mauritius this December.

The Mauritius government has joined a growing number of countries to announce bans on Southern African travellers in light of the new Covid-19 variant.

The Indian Ocean island lifted its travel ban on South Africans in September and was anticipating a bumper December season.

However, according to a Thompson Tours travel alert, Mauritius announced the suspension of commercial flights from SA, Botswana, Zimbabwe, Lesotho, Namibia and Eswatini effective from Monday until December 31.

“All passengers landing in Mauritius from these countries over the coming weekend will be subject to a mandatory PCR test which will be performed at the airport.  In addition, they will have to undergo PCR tests on day 7 and day 14 ...”

The UK was the first to impose a travel ban on Southern African countries on Friday.

Travelers from SA, Botswana, Zimbabwe, Namibia, Eswatini, Mozambique and Malawi have also been banned entry to the US.

Only US citizens and residents will still be able to travel from the eight countries.

SA’s borders remain open and the country is ready to welcome leisure tourists and business delegates from all over the world.
News
7 months ago

Qatar has also announced a ban on SA and Zimbabwe travellers on Qatar Airways flights with immediate effect.

“With immediate effect, passengers will no longer be accepted for travel from SA and Zimbabwe on Qatar Airways flights, they will continue to review the situation on a daily basis as new information becomes available from the World Health Organisation.”

Dutch airline KLM will continue to fly from Johannesburg and Cape Town to Amsterdam but with new entry restrictions.

In addition, only Dutch passport holders, EU citizens, airline staff, ship crew, medical emergency crew, Schengen state residents and people travelling under exceptional circumstances such as family emergencies will be permitted to travel to or transit via the Netherlands.

They will have to comply with stringent testing and quarantine requirements.

Brazil will also shut its borders to travellers from six Southern African countries including SA.

Brazilian health regulator Anvisa said foreigners who have been to at least one of the six African countries in the prior 14 days should not be allowed to land in Brazil, while Brazilians arriving from those nations should be required to quarantine.

South Africans will also not be able to enter Australia and Turkey.

Australia imposed new restrictions on Saturday on people who have been to nine Southern African countries, as the new Omicron variant of Covid-19 ...
News
7 months ago

A leading hotelier has hit out at scientists for announcing the new Covid-19 variant without first establishing if vaccines are effective against it.
News
7 months ago

Scientists predict that the new variant may have “an enhanced transmissibility to spread from person to person and the ability to get to other parts ...
News
7 months ago
Next Article