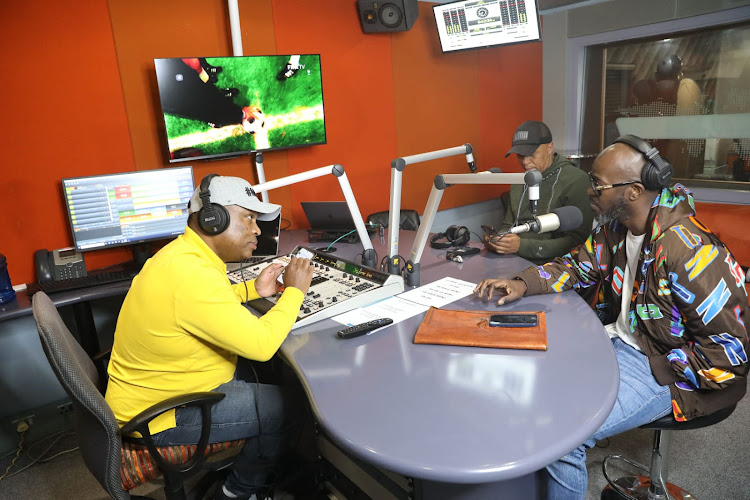 Grammy nominated music composer and DJ Black Coffee is on a quest to open up the industry to young artists.

Speaking during an interview on SowetanLive's Marawa Sport Worldwide, Black Coffee told sports anchor Robert Marawa that Gallo Record Company, where he is a shareholder, was busy with a project to get young artists to remix smash hits from its music catalog.

"What we are trying to do is reimagine the old catalog that Gallo has... which is one of the richest catalogs in African history... instead of leaving the songs to rot and be forgotten," said Black Coffee.

"We are creating a project called Gallo Remix where we are looking for young talent who can reimagine these songs."

One of the songs is Brenda Fassie's 1989 smash hit Too Late For Mama remix which left original music producer Sello Chicco Twala blown away by Botswana-born musician Mpho Sebina’s remake.

"Meaning the new generation is forgetting our music and heritage, so we are trying to bring that back in the most respectful and premium way," said Black Coffee, real name Nkosinathi Maphumulo.

He revealed that they have already approached music legends like Sello Chicco Twala and Phuzekhemisi for permission to use their songs.

Black Coffee, who this week was announced as the 2022 Grammy Awards nominee in the Best Dance/Electronic Album category for his album Subconciously said the aim of this project was to expose a new audience to the classics without losing their originality.

Sebina's Too Late For Mama remake music to Chicco's ears

Mpho Sebina is the name on almost all amapiano fans’ playlists all thanks to Major League DJz’s smash hit Dinaledi.
Entertainment
1 year ago
Next Article