Red Berets will not work with the ANC, Malema says 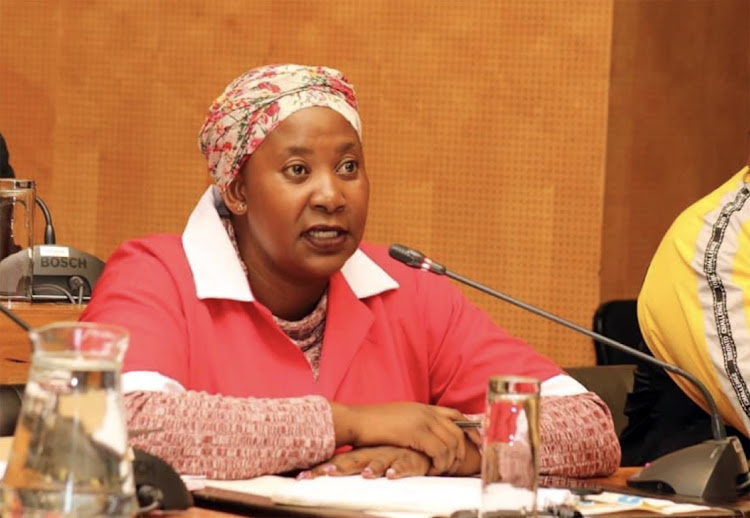 The EFF's very first mayor, Selloane Motjeane in the Metsimaholo municipality has been ordered by her party to resign from the post.
Image: Twitter

The EFF has relinquished power and instructed its first mayor in Metsimaholo in the Free State to resign with immediate effect as the party rejected working with the ANC.

Party leader Julius Malema said the Red Berets, which have helped dislodge the governing party in key metros and other hung municipalities across the country, had ordered Selloane Motjeane to tender her resignation on Thursday.

The ANC in Fezile Dabi told the Sowetan on Tuesday that it had initiated the deal with the EFF in a bid to ensure that it did not lose total control of the municipality, resulting in it getting key positions including the speaker post, MMCs and crucial committees in council.

While Malema insisted that the party rejected getting support from the ANC, he said the party had accepted the backing of an EFF speaker in Mamusa municipality by a divided ANC caucus as this hurt the ANC. “That speaker was elected by a faction in the ANC. That thing upset the ANC and it works for us,” he said.

The EFF was now planning to lobby the DA to back Motjeane as a mayoral candidate alongside other smaller parties in a bid to ensure the governing party did not get the top post.

Malema said: “We will persuade the DA to vote with us. If they don’t want to, we will vote with them and give them that municipality, as long as the municipality is not in the hands of the ANC.”

‘Giving mayorship to EFF is strategic’

Handing over the mayoral chain to the EFF was the compromise the ANC had no choice but to make if it still wanted to retain influence and some ...
News
1 week ago

Addressing DA supporters following the party's big wins in Ekurhuleni and the City of Johannesurg on Monday, DA leader John Steenhuisen said the ...
News
2 weeks ago

EFF councillor-elect murdered before he could be sworn in