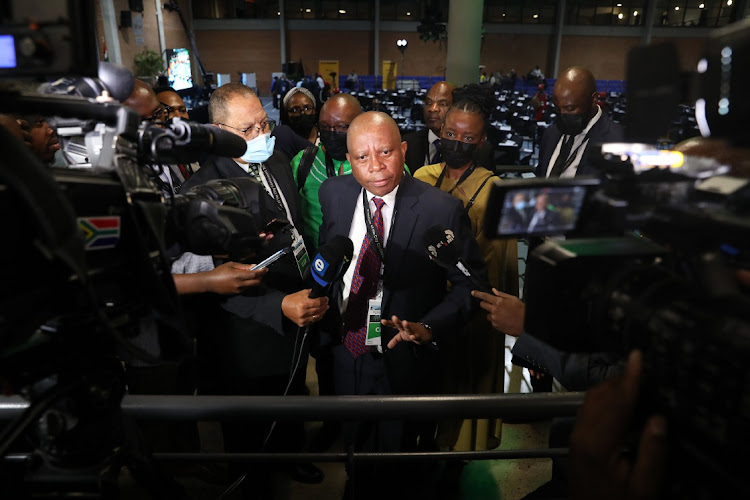 ActionSA leader Herman Mashaba at the Johannesburg council meeting in which the party supported the DA.
Image: Veli Nhlapo

Just days after lending its support to the DA for it to govern three metros in Gauteng, ActionSA has banned its members from publicly criticising the DA.

In a leaked letter to members, party national chairperson Michael Beaumont has ordered ActionSA members across the country to stop criticising the DA in public, or any other party that may be part of coalition agreements in hung metros.

Criticism of the ANC may continue, Beaumont said in the letter dated November 24.

Beaumont has confirmed the authenticity of the memo to TimesLIVE, but said it was not intended for public circulation.

ActionSA partnered the EFF and others to give their combined votes to DA mayoral and speaker candidates in Ekurhuleni, Johannesburg and Tshwane, which left the ANC out in the cold.

This led to the election of DA mayors Dr Mpho Phalatse in Johannesburg, Randall Williams in Tshwane and Tania Campbell in Ekurhuleni.

In his memo to ActionSA members, Beaumont said public criticism of the DA could compromise the coalition negotiations that are about to ensue between the various parties.

“To create an environment conducive to such, all structures and members of ActionSA are directed to cease any form of public criticism of the DA or any party, other than the ANC, that we may seek to build coalition arrangements around,” said Beaumont.

“This is necessary to ensure that an environment of mutual trust can be built between parties during these discussions and to ensure that ActionSA must never be viewed as placing politics before the people of our country.”

Beaumont said structures of the party should ensure that the message reaches all party members and that they adhere to it.

It is was not clear what would happen to any member disobeying the instruction.

ActionSA leader Herman Mashaba has made it clear that the votes his party gave to the DA were not a gift and that they would have to meet at the negotiation table.

Since Mashaba wanted to be mayor of Johannesburg, he may seek an important portfolio on the mayoral committee.

ActionSA leader Herman Mashaba on Tuesday said he expects the DA to call him and the EFF for cooperation discussions now that they have helped it ...
News
1 month ago

Freelance journalist Edwin Ntshidi who extensively covered the municipal elections for Eyewitness News (EWN) has come under fire after he was sworn ...
News
1 month ago
Next Article