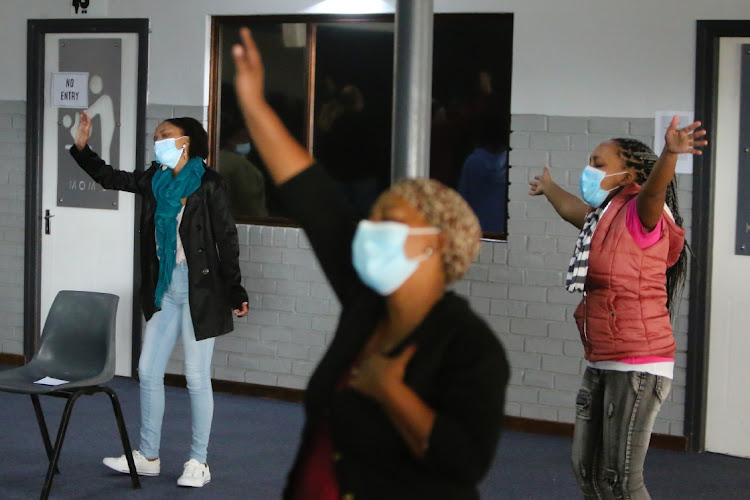 Members of the Storehouse Church in Gqeberha in mid-2020. The decision to ban faith-based gatherings in December 2020 and January this year was rational, the high court in Johannesburg heard on Wednesday. File photo.
Image: Werner Hills

The prohibition of faith-based gatherings due to the promulgation of regulations to curb the spread of Covid-19 in December 2020 and January 2021 was rational, reasonable and justifiable.

The prohibition of these gatherings did not interfere with the religious convictions of people, and the regulations only temporarily prohibited faith-based gatherings in a physical setting.

These were some of the submissions made by Rusty Mogagabe SC, advocate for  co-operative governance and traditional affairs (Cogta) minister Nkosazana Dlamini-Zuma at the high court in Johannesburg on Wednesday.

Mogagabe was responding to arguments presented by counsel for four organisations on Monday and Tuesday in support of their applications to set aside the regulations.

The organisations also sought an order declaring the regulations were constitutionally invalid.

Challenge on religious gathering ban is moot as regulations were replaced, court hears

The challenge brought by four organisations against regulations prohibiting faith-based gatherings under lockdown regulations is academic because ...
News
1 week ago

When Mogagabe responded on Tuesday afternoon, he argued the application was moot because the challenged regulations had since been replaced with regulations that permitted faith-based gatherings.

On Wednesday Mogagabe said the minister, in her affidavit before court, stated that having regard to real scientific data, reductions in Covid-19 infections and the need to open the economy, the Disaster Management Act regulations were amended from time to time.

The minister had said that in applying the risk-adjusted strategy, which outlines activities that can take place during different lockdown levels, the aim was to flatten the curve and to curb the spread of the coronavirus to save lives and livelihoods.

She said the strategy was dependent on the scenario on the ground relating to an increase in the number of infections, the ability and capacity of health facilities to cope with infections in hospital, and the number of admissions due to infections in private and public hospitals.

“The government determines adjusting these alert levels. This adjustment is not a mechanical conduct on the part of part of government and the minister,” Mogagabe said.

“It is informed by these factors and on advice and recommendations from the national coronavirus command council.”