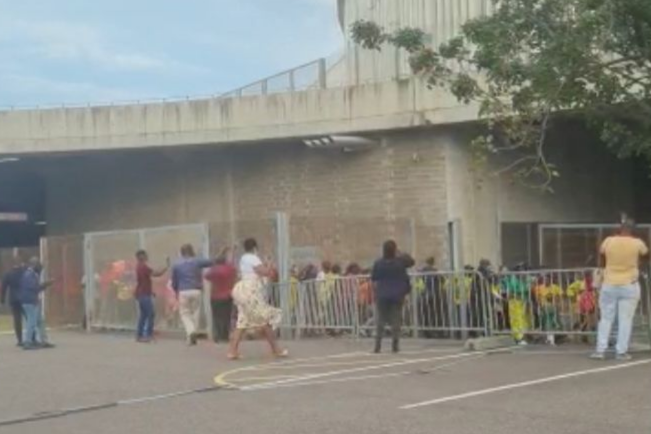 The eThekwini municipality council is set to reconvene on Wednesday to conclude the processes of nominating the city mayor, deputy mayor and council whip.

This follows the collapse of a meeting at Moses Mabhida Stadium on Monday, when the ANC’s Thabani Nyawose garnered 103 votes to be elected as speaker.

Soon after, however, the meeting degenerated into chaos with delays, power cuts and a disruption by ANC supporters.

Opposition parties launched a scathing attack on the ANC after the disruption.

DA councillor Nicole Graham said they were not impressed with how the ANC had conducted itself on Monday.

“The ANC has clearly realised the ground had moved underneath its feet and was at pains to delay the proceedings,” said Graham.

She was nominated by her party for the position of mayor.

“The DA will stay on course and remains committed to electing an opposition government in eThekwini. Real change is possible and is on the table,” said Graham.

ActionSA’s Makhosi Khoza said she was “offended” by Monday’s fiasco. She said she realised early the meeting would not run smoothly.

She deemed the nomination process as “questionable” from the outset.

“I am saying this out of utmost respect I have for taking the oath of office. You cannot do that on the first day. That’s tantamount to destroying the hard-fought-for democracy,” said Khoza.

Politics is at play here. What is really troubling is that the ANC seems to be backtracking from what it had promised voters during its campaign trail.

She said Monday’s events would also undermine the city’s efforts to attract investors.

Active Citizens Coalition president Imtiaz Syed said it had become clear the “unilateral and autocratic power of the ANC had been diminished”.

He said they drew comfort in the fact that a speaker had already been elected, which means they would not be forced into a by-election.

Syed, who comes with a safety and security background, said he was not fazed by the fiasco.

“I consider it a joke.  It is clear this was well orchestrated to intimidate those attending the meeting,” he said.

Syed said they would continue to play their cards close to their chests ahead of Wednesday’s meeting.

The leader of African Democratic Change, Visvin Reddy, said Monday’s disruption was proof the ANC was a divided house.

“Politics is at play here. What is really troubling is that the ANC seems to be backtracking from what it had promised voters during its campaign trail,” said Reddy.

He said the ANC’s divisions were spilling over to the public, who are in desperate need of services.

Disgruntled ward 78 residents staged a protest outside the Moses Mabhida Stadium in Durban on Monday, where the inauguration of the eThekwini ...
News
1 week ago

The meeting, which by 6pm had been going on for more than seven hours, is now on the brink of collapse, with chaos having ensued after the IFP ...
News
1 week ago

‘Giving mayorship to EFF is strategic’

Handing over the mayoral chain to the EFF was the compromise the ANC had no choice but to make if it still wanted to retain influence and some ...
News
1 week ago

The people of Johannesburg did not give the DA a clear majority, therefore the party cannot be expected to exclusively implement its manifesto ...
News
1 week ago
Next Article