Peter Harvey, 58, who has farmed for more than 40 years, woke up to find 42 Brangus cattle including two bulls from his Waldek Farm missing 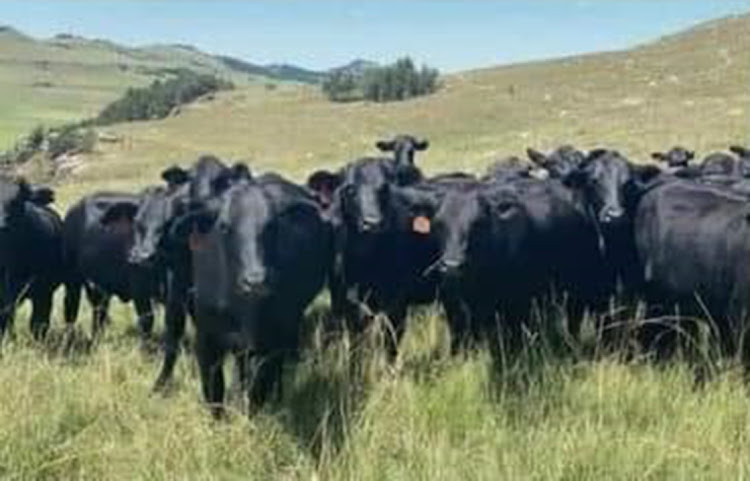 A farmer woke up to find 42 Brangus cattle, including two bulls, from his Waldek farm, missing when he counted his livestock on Thursday morning.
Image: Supplied

A Nqanqarhu (formerly Maclear) farmer is offering R20,000 to anyone who can assist in finding his herd of stolen cattle.

Peter Harvey, 58, who has farmed for more than 40 years, woke up to find 42 Brangus cattle including two bulls from his Waldek Farm missing when he counted his livestock on Thursday morning.

He has been searching for his stolen cattle since, without success.

Harvey said he had lost the odd animal over the years to stock theft but had never been hit as hard as the latest incident.

All the cattle are black in colour and are polled. Some have orange ear tags, and all have a swallowtail cut in the left ear.

“We have been going to villages and looking where thieves normally hide stolen livestock, but without luck.

“Some of the cows were pregnant. Some may have given birth now.

“It looked like they were loaded onto two trucks. Neighbours did not see a thing,” he said.

His farm is fenced, but for thieves it would be easy to gain entry, he said.

“Obviously they wanted these cattle. It is like there was an order from a farmer for breeding cattle. About 90 cattle are left now.

“The other farmers have had their cattle stolen without a trace.

“I phoned the police and they said they were looking everywhere, but we are getting no response.

“I am asking the public to please just look out for them and report to the local police if they see anything unusual.

“I have offered a R20,000 reward for any information on recovering the cattle.

“This is a big financial loss. It makes farmers very despondent.

“People are looking for ways of income and are stealing.”

“At this stage there is no recovery or arrest made,” Kinana said.