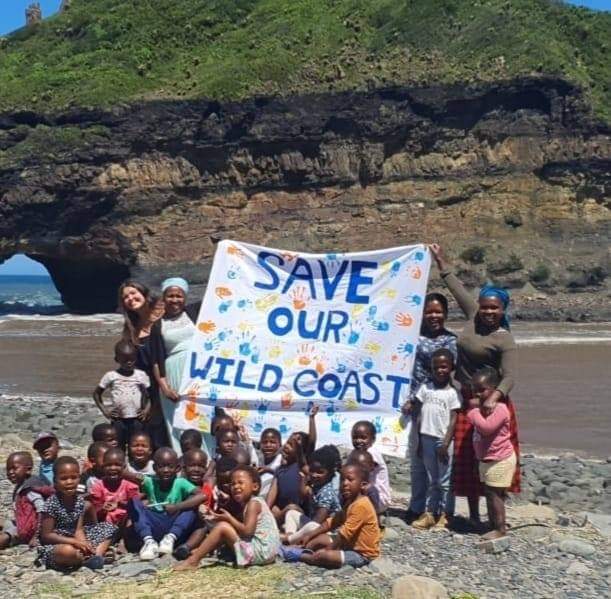 Shell's announcement that it will conduct a seismic survey along the Wild Coast has drawn outrage from the public
Image: Oceans Not Oil

Cape Town residents will hit the beach on Sunday in protest against Shell's offshore exploration plan along the Wild Coast.

The multinational last week made public its plan to start a seismic survey for oil and gas along SA's sensitive Wild Coast from December 1, with government approval.

Oceans Not Oil, which describes itself as the public’s voice against offshore oil and gas development, has been driving the campaign and is the organiser of the silent protest beach walk from Muizenberg beach to Kalk Bay harbour.

It says the government’s Operation Phakisa, which focuses on unlocking the economic potential of SA’s oceans, is driving Shell’s exploration.

Dozens of Greenpeace activists blocked access to Shell headquarters in The Hague to protest against the Anglo-Dutch oil giant's plans to drill in the ...
Business
9 years ago

“The vessel operated by Shell Exploration and Production SA’s hirelings, Shearwater GeoServices, will, for five months, drag up to 48 air guns methodically through 6,011km² of ocean surface, firing extremely loud shock wave emissions that penetrate through 3km of water and 40km into the Earth’s crust below the seabed,” Oceans Not Oil said in a statement.

“Many sea creatures could be affected in the coming months — whales, dolphins, seals, penguins, sharks and even crabs and tiny shellfish will be blasted.

“At a time when world leaders are making promises and decisions to step away from fossil fuels ... Operation Phakisa is pushing ever harder to get its hands on a local supply of gas.”

“An environmental compliance audit was undertaken in 2020 by independent specialists to confirm that the controls and mitigation measures ... were still sufficient and valid.”