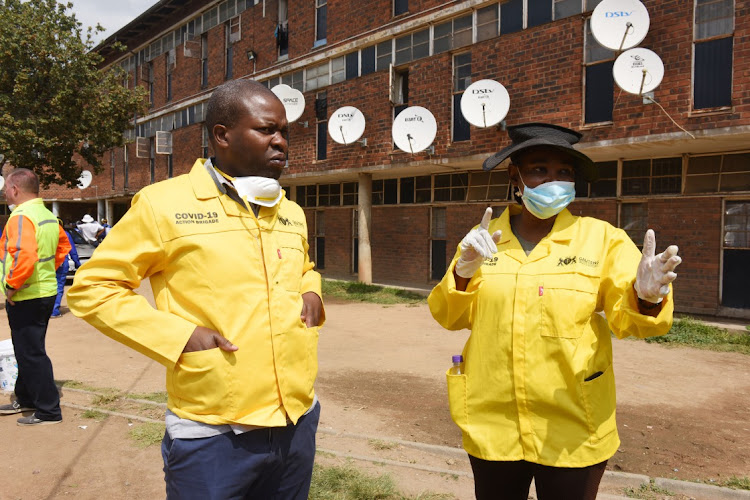 Old age homes in Gauteng are being closed, the frail sent packing while disabled people do not have caregivers to bathe them.

This as the provincial department of social development continues underspending on its budget, says Les Sanabria, chair of the Gauteng Welfare Social Services Development Forum.

The department of social development underspent its budget by R438.1m, according to a report tabled on Tuesday before the portfolio committee on social development. The period under review is from April 1 last year to March 31.

While acknowledging that underspending was a problem, social development MEC Morakane Mosupyoe attributed some of the under expenditure to a reclassification of certain items from transfer payments to goods and services.

Sanabria, who the non-profit organisations (NPOs) offering social services to communities across the province, said he was horrified by the department's failure to spend its budget.

“Old age homes are being closed. On the East Rand, the Thembisa Old Age Home was closed in May and people in that old age home were sent home. How do you send frail people home when they need assistance? If you look at programmes you find that money is being sent back to National Treasury. How do you do that when you have so many vulnerable people out there?” Sanabria asked.

Long queues of people standing in line waiting to withdraw cash from ATMs, senior citizens sitting on chairs outside a Shoprite supermarket waiting ...
News
5 months ago

“The West Rand Association for the Physically Disabled says 89 people were not paid on time. These people are doing programmes that are the responsibility of the state. When asked why they haven't been paid the department says it's because of a glitch in the system.

“Why are NPOs made beggars when doing the department’s work? Looking at quadriplegic and paraplegic sector, these guys need their caregivers to wash and push them. If they don’t get their money, they don’t go to the homes. The very dignity of the disabled is always hindered.”

According to the report, the department underspent in the following programmes - administration R38.3m, social welfare services R17.8m, children and families R305m, restorative services R13.1m and development and research R63.8m.

Speaking to Sowetan on Thursday, Mosupyoe said she had raised the matter of underspending in her department and requested an implementable turnaround plan.

“The second matter was the AG insisted that we go to tender in terms of providing schoolchildren with uniforms. This move sidelines black female run co-operatives. There were multiple court cases we were waiting the outcomes on. We've got contingency measures in place,” Mosupyoe said.

Speaking on behalf on an organisation working with quadriplegics and paraplegics, a representative who did not want to be named said what the department failed to understand was that late payments could mean life and death in certain situations.

“It's actually a life-threatening situation because when these guys are alone they develop pressure sores from laying too long on one side. No-one gives them water so they become dehydrated. In the first quarter of this financial year we received our money late and the same happened in the second quarter.

“Three of our biggest donors have pulled funding due to Covid-19 and we couldn't even hold fundraisers because of Covid-19. We're reliant on the money from social development, so to hear they underspent is horrible.”