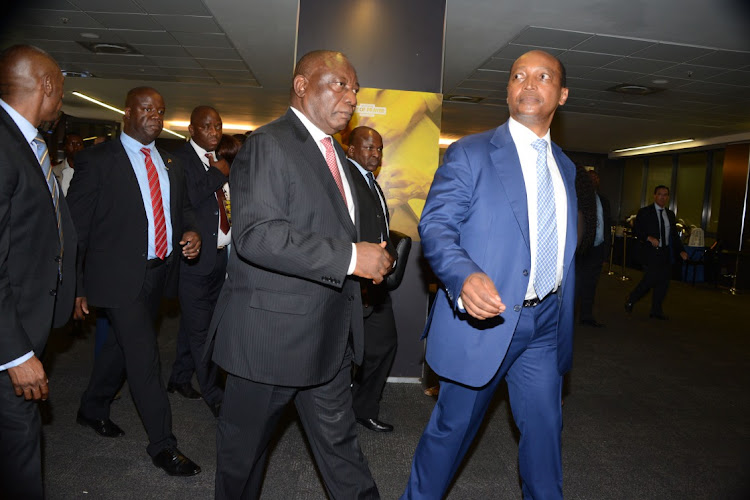 The publishing of details of funding received by political parties has been hailed as a step that will strengthen SA's democracy and promote accountability.

These are the views of non-governmental organisations (NGOs) who are in support of the Political Party Funding Act which compels parties to disclose all donations received above R100,000 whether in cash or in kind to the Electoral Commission each quarter.

The IEC’s second quarter report in response to the act has revealed that brothers-in-law Cyril Ramaphosa and mining mogul Patrice Motsepe came to the rescue of the financially strained ANC ahead of the local government elections, pumping money into Luthuli House.

Sheilan Clarke, spokesperson of My Vote Counts, an organisation which advocates for transparency and an electoral system that holds elected representatives accountable, said the move helps the electorate to make an informed vote.

“It's not only a democratic right but it's important in terms of a transparent and accountable democracy that we have this information of private funding of political parties because we've never really had this information before,” Clarke said.

She said having the information may help curb “corrupt or shady dealings” in SA's politics.

ANC president Cyril Ramaphosa has described the failure to pay party staff as a “sore point” that keeps him awake at night.
News
1 month ago

“It's not to say that every cent in politics is dirty. It's not because political parties do need money to run but we need to make linkages and see where their money comes from,” Clarke said.

David Lewis, executive director of Corruption Watch, a NGO dedicated to combating corruption, said it was important to know who the funders are so that when a political party that's supported by a tobacco company, for example, starts taking a particular view on tobacco, that would make sense.

“It is an advance but it shouldn't stop us from looking at other loopholes in the act as I think the act has to be tightened up,” Lewis said.

After running an election campaign in which the ANC struggled to print posters in many parts of the country, it has now emerged that so dire were Luthuli House's financial affairs that Motsepe’s African Rainbow Minerals donated R5.8m on September 9.

The report revealed that the ANC’s biggest donor was the Chancellor House Trusts, which does business on behalf of the party and donated R15m on August 31.

A company identified as NEP Consulting chipped in with R1m on September 3 and Cedric Ntombela donated R400,000 on August 18. The ANC received a total of R22.6m in monetary donations.

Herman Mashaba’s ActionSA was among the biggest winners, receiving slightly more in donations than the DA.

Among its major donors was Rebecca Oppenheimer, granddaughter of industrialist Harry Oppenheimer, who gave the party R3.3m on September 16.

Patricia de Lille's Goofd party declared a single in-kind donation of R122,000 from SI African Solution. The party said the donation was used towards the purchase of a bakkie.