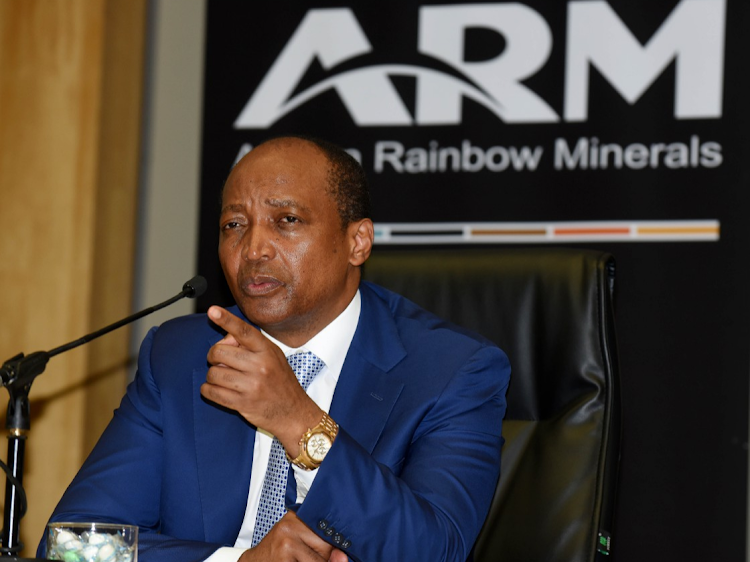 Brothers-in-law Cyril Ramaphosa and mining mogul Patrice Motsepe came to the rescue of the financially strained ANC ahead of the November 1 local government elections.

After running an election campaign in which the ANC struggled to print posters in many parts of the country, it has emerged that so dire were Luthuli House's financial affairs that Motsepe’s African Rainbow Minerals donated R5.8m on September 9.

Ramaphosa, in his personal capacity, made two separate donations of R166,000 and R200,000 on August 30. This was revealed in the IEC’s second quarter report in response to the Political Party Funding Act.

The report reveals that the ANC’s biggest donor was the Chancellor House Trusts, which does business on behalf of the party and donated R15m on August 31.  A company identified as NEP Consulting chipped in with R1m on September 3 and businessman  Cedric Ntombela donated R400,000 on August 18.

The ANC received a total of R22.6m in monetary donations.

Meanwhile, the opposition DA received a total of R16.8m in donations over the same period. The party's biggest donors were:

IEC says it will monitor donations received by political parties through crowdfunding.
News
2 months ago

Herman Mashaba’s ActionSA was among the biggest winners, receiving donations slightly greater than the DA’s. Among its major donors was Rebecca Oppenheimer, granddaughter of industrialist Harry Oppenheimer, who gave the party R3.3m on September 16. In the previous quarter, her mother Mary donated R15m to the DA, TimesLIVE reported.

Meanwhile, the ACDP declared receiving a single donation of R235,000 from a company identified as Firestation Asset Management (Pty) Ltd.

For the Abantu Integrity Movement (AIM), it appears that Mkhuseli Jack, who contested the elections as an independent candidate, funded his campaign single-handedly. The report shows the party declared seven donations from Mkhuseli Jack Investment Trust, between April and June, to the tune of R112,000.

After the elections, Jack secured a single seat in the Nelson Mandela Bay municipality.

Patricia De Lille's GOOD party declared a single in-kind donation of R122,000 from SI African Solution. The party said the donation was used towards the purchase of a bakkie.

The funding act stipulates that declarable donations are monetary in nature, in-kind or combined, above R100,000 made by a single donor to a single party in a financial year. No donations may be made by a donor to a political party greater than R15m in a year

The IEC admitted that some parties would not disclose donations above the threshold.

“With respect to non-disclosing parties, the prescripts provide that the onus rests on both political parties and entities making declarable donations to their preferred parties to disclose such donations to the commission,” it said.

“The commission therefore entreats all registered parties to ensure that all declarable donations are disclosed. This is a vital component of our political architecture driving openness and transparency in matters pertaining to democracy. Disclosures can only serve to strengthen the informed political choices of citizens.”

In this regard, the commission confirmed that political parties disclosed a total of three donations from foreign sources, with a combined value of R467,007. The DA declared two of the donations, valued at R347,007, and ActionSA disclosed a donation of R120,000. All of these foreign donations appeared to be in compliance with the legislative requirements.