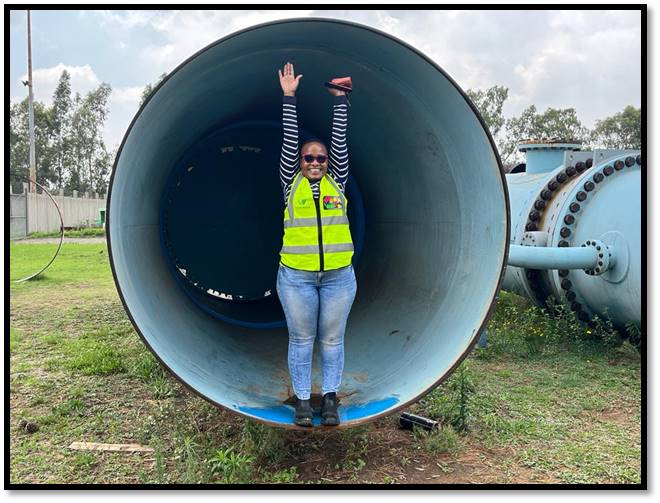 The valve rigs installed into the new water pipe feeding the needs of eight Gauteng municipalities are 2.5m in diameter.
Image: Rand Water

Rand Water has successfully completed the maintenance on its pipelines that affected eight municipalities across Gauteng.

Sipho Mosai, CEO of Rand Water, announced on Wednesday afternoon that the water pressure will be restored in all the areas that were affected by the shutdown.

The planned outage enabled Rand Water to shut down the B11 pipeline to allow for the cross connections fitting on to the newly constructed B19 pipeline.

During the shutdown, two valve rigs were installed in chambers cut into the pipes, while other work is being carried out at the Vereeniging, Lethabo and Eikenhof pump stations.

Rand Water earlier said that during this period about 600 megalitres will be drained out of the B11 pipeline, and will flow back into the water course to the Vaal river.

This water — enough to fill more than 9,000 swimming pools — equates to about 13% of the total amount of water in the system.

Joburg Water has announced it is starting to experience difficulties.
News
2 months ago

Water and sanitation minister Senzo Mchunu said SA has a water scarcity issue but this does not mean there's a crisis.
News
2 months ago
Next Article