Impasse between minister and organisers

The department of sport, arts and culture said on Sunday it had decided to withdraw its support for Mswane following unsuccessful engagements with the Miss SA organisation on the matter. 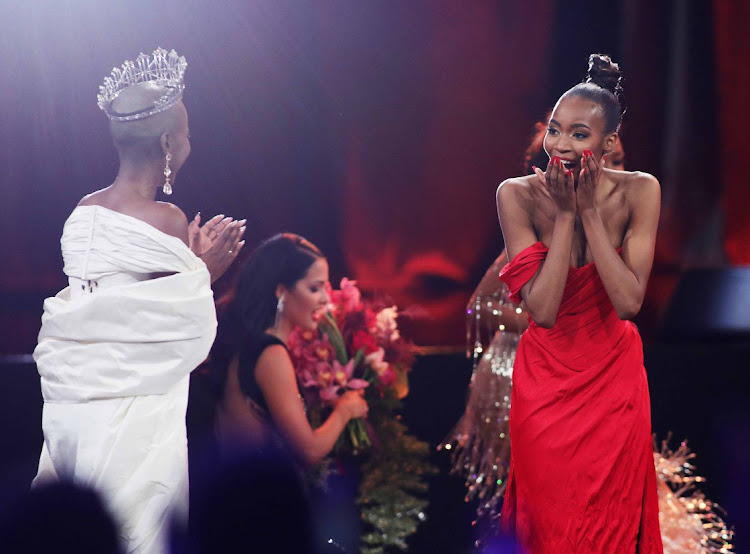 The decision by the government to withdraw its support for Miss SA Lalela Mswane at the Miss Universe pageant in December has sparked debate online.

The department of sport, arts and culture said on Sunday it had decided to withdraw its support for Mswane following unsuccessful engagements with the Miss SA organisation on the matter.

The announcement followed calls to boycott Miss Universe over Israel's alleged atrocities against the Palestinian people in the conflict between the two countries.

The department said it was due to issue a joint statement with the Miss SA organisation, but this could not materialise after both parties were unable to reach an agreement.

“But even so, we still hope some common sense will prevail in the interest of the reigning queen, Lalela Mswane, and we remain open for discussions in that regard,” said minister Nathi Mthethwa.

Mthethwa said Mswane's interests cannot be outweighed by the reasons why she should not enter the pageant.

“If anything, by withdrawing, Miss SA’s reputation and overall standing will be far more advanced in SA and internationally in comparison to a once-off event that can prove disastrous to her future and public standing as a young, black woman,” he said.

The organisation reduced the public outcry to a “very, very small, but extremely vocal, group” that was trying to derail Mswane from fulfilling her childhood dream of representing SA on a global stage.

“SA was placed very firmly in the 21st century when Zozibini Tunzi, proudly wearing her natural hair without trying to conceal it under a weave or a wig, was crowned Miss Universe.

“Her refusal to bow down to pressure to look a certain way was groundbreaking and opened the door to diversity and the rise of the individual as opposed to lookalikes.

“Like her, Lalela will be a role model to young women – not just across the country, but across the African continent.

“Anyone who wants to rob Lalela of her moment in the spotlight is unkind and short-sighted. She is the shining beacon for young women everywhere, showing them that being beautiful while being clever and educated is very possible,” said the organisation.