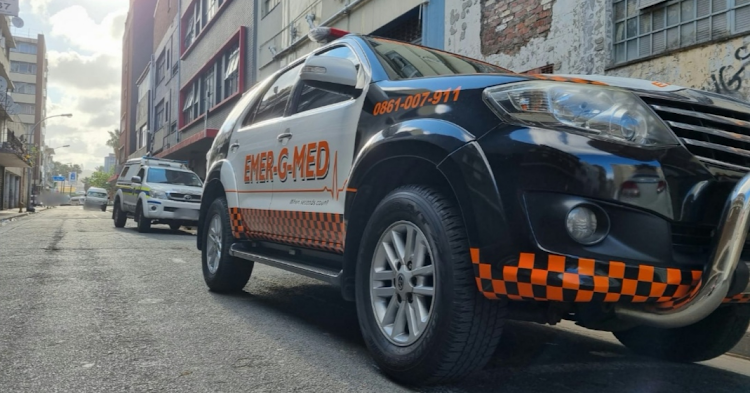 Police and paramedics were called to attend to a scene where a foetus was found in a rubbish bag in central Durban on Friday afternoon
Image: Emer-G-Med

An aborted foetus was discovered in a rubbish bag on a sidewalk in central Durban.

A member of the public contacted the police for assistance.

“The aborted foetus was discovered in a rubbish bag on College Lane in the Durban central business district, by a resident in the area who notified the police.

“The foetus was inspected by paramedics and confirmed to be dead on arrival.

“It is estimated to be approximately three months gestated,” said Van Reenen.

Emergency workers in the KwaZulu-Natal midlands are searching for a foetus believed to be buried in the Howick area.
News
3 years ago

Family 'hid' abuse by uncle
News
3 years ago
Next Article