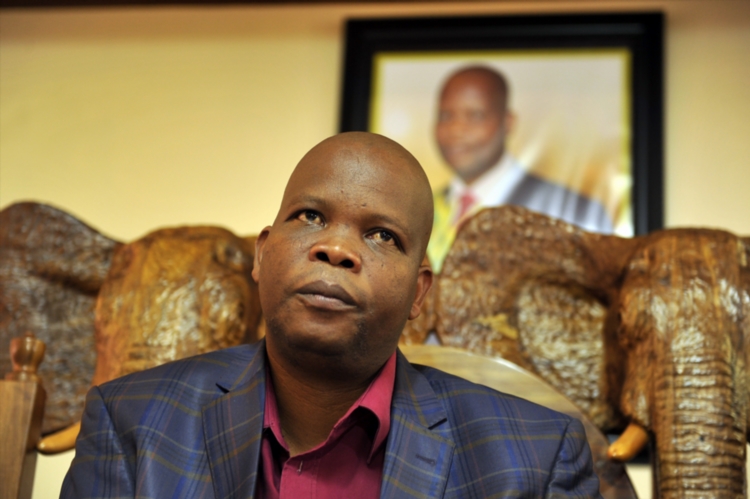 The Constitutional Court on Friday dismissed an application for leave to appeal by Toni Peter Mphephu Ramabulana against a judgment which set aside the decision to appoint him as king of the Vhavenda Traditional Council.

The court refused to entertain his application as it was filed 15 months out of time.

Instead, the court ruled in favour of Masindi Clementine Mphephu, a princess of the VhaVenda royal family, who had launched a cross-appeal against the decision of the Supreme Court of Appeal in 2019.

In 2012, Mphephu had instituted review proceedings in the high court in Thohoyandou against Mphephu Ramabulana, then-president Jacob Zuma and others.

She sought to have the decision to identify and recognise Mphephu Ramabulana as VhaVenda king in 2012 reviewed and set aside. She also sought an order declaring that, in terms of customary law, she is the sole queen of VhaVenḓa or, alternatively, that her uncle, Mbulaheni Mphephu, was the sole king.

Before the case could start, there was an agreement that the court should deal with preliminary points raised at the beginning of the hearing. The high court decided many of the points against her and, as a result, dismissed her review application.

The Mphephu-Ramabulana Royal Family Council has decided not to take the battle for Vha-Venda kingship in the family forward.
News
3 years ago

The SCA in 2019 ruled in favour of Mphephu on the preliminary points she had raised, and did not decide on the review application.

It said there were factual disputes between the parties on the merits and said the adjudication of the matter could not reach finality until they were resolved.

The SCA remitted the matter back to the high court for further adjudication on the merits before a different judge.

Mphephu Ramabulana launched his application for leave to appeal before the Constitutional Court 15 months out of time.

The ConCourt, in a unanimous judgment written by Justice Sisi Khampepe, refused condonation in respect of the late filing.

“No reasonable explanation has been put forward, and this is a strong indicator that the application for condonation must fail,” Khampepe said.

Khampepe said entertaining Mphephu Ramabulana at this stage, when the review application is due to be finalised in the high court, would be highly prejudicial to the finalisation of the dispute between the parties.

“Having refused condonation, the main application is not before this court for determination and is dismissed on that basis.”

However, Khampepe ruled in favour of Mphephu in her cross-appeal concerning the SCA order which stayed Mphephu Ramabulana’s kingship pending the finalisation of the dispute.

“The stay granted by the Supreme Court of Appeal is operative until the completion of the review proceedings, including any appeal which may arise therefrom.”

She said it could be years before the review proceedings are finally settled, in addition to the period of more than eight years which has already passed since Mphephu first approached the courts.

“This is evidently prejudicial to Ms Mphephu. It also means that Mr Mphephu Ramabulana will continue to unlawfully occupy the throne in circumstances where his appointment has been found to have been unconstitutional and invalid.”

Khampepe said this categorically offended the rule of law and the supremacy of the constitution.

Vhavenda king Toni Mphephu Ramabulana, who promised to pay back the millions he allegedly unduly benefitted from the VBS Bank, says he is yet to be ...
News
1 year ago

Miffed Venda traditional leaders have resolved to pull out from the National House of Traditional Leaders (NHTL), accusing it of undermining their ...
News
2 years ago
Next Article