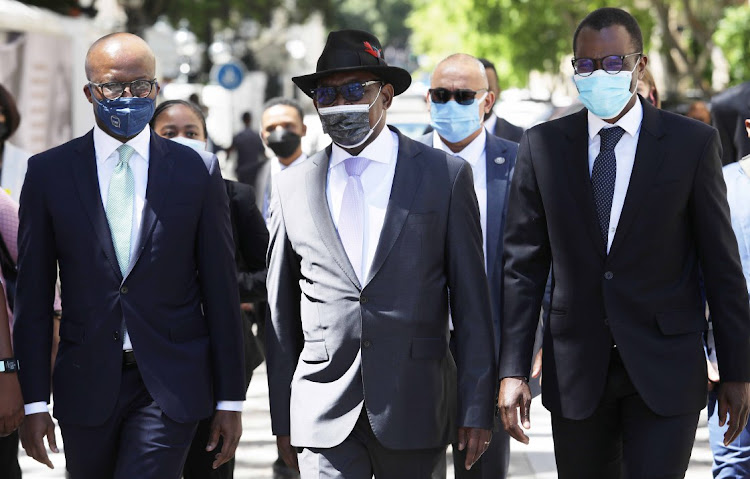 The budget was centred on the government's spending priorities, including navigating economic growth and social recovery for the next three years.

Among the issues raised in the budget was that government wants to use the higher than expected tax revenue to reduce the fiscal deficit. It also plans to use a considerable amount of the taxes towards providing additional support for health, social protection and job creation.

The DA’s deputy shadow minister for finance Dion George said their expectations were not met, and the budget gave little or no certainty.

“We were specifically looking for steps to be taken to accelerate growth. We didn’t see that. We wanted a lot more on Eskom. Though the minister spoke about increasing electricity generation, there is certainly no clear plan and that is bad for business and, as we know, bad for growth.

“We also wanted to hear something about accelerating business opportunities for small business entrepreneurs. Hopefully we will see that next year,” he said.

Cosatu’s parliamentary co-ordinator Matthew Parks said they, too, were disappointed, given that the country had been in the deepest recession in a century.

“Unemployment is at 44%. We are not sure what is going to uplift us from this speech.”

Finance minister Enoch Godongwana said a run-away public sector wage bill was one of the domestic risks facing government finances in an uncertain ...
News
2 months ago

Parks, however, acknowledged that there had been some good things emanating from the budget, including allowing workers to access their pension funds early, and further discussion on the R350 grant.

“On the micro level, we didn’t see what is really going to stimulate the economy right now. Our number one crisis is to grow the economy, lower unemployment, fix corruption in SOEs. On these fronts, we didn’t see much substance. All the things we heard today, we've heard them before, but have not seen action, it is therefore difficult to have confidence in the budget.”

George echoed similar sentiments, adding that the country was headed towards a debt spiral.

“Also, if we look at debt management, it is clear that debt is continuing to rise and that it is now the biggest expenditure, if you add up health, social development and other support.

“The steps he has proposed are not going to work.”

The party said it was, however, pleased about the commitment to support the vulnerable.

The FF Plus, in not so many words, rallied behind the budget but expressed concern on whether it would be implemented accordingly.

“The minister made the correct noises and said the correct things that will see the economy going — the question is, is it implementable?

“One of the biggest problems is that our expenditure is out of control and the adjustment budget does not curb it. We need economic growth and investor certainty to get the economy going,” said Wouter Wessels.

EFF’s head of presidency, Sinawo Tambo, slammed the budget and Godongwana, whom he said was no different from his predecessor.

“It’s a further confirmation that he is cut from the same austerity cloth as his predecessors, Tito Mboweni.”

Tambo said there had been over-reliance on foreign direct investment, private investment and privatisation.

“It doesn’t make sense. We want a budget that will talk to poor people, that will come up with jobs because people are suffering.”

Finance minister Enoch Godongwana has not budgeted for an extension of the R350 social relief of distress grant beyond the March 2022 expiry date, ...
News
2 months ago

Finance minister Enoch Godongwana has opted to “practise tough love” regarding struggling SOEs, saying their performance will have to drastically ...
News
2 months ago
Next Article