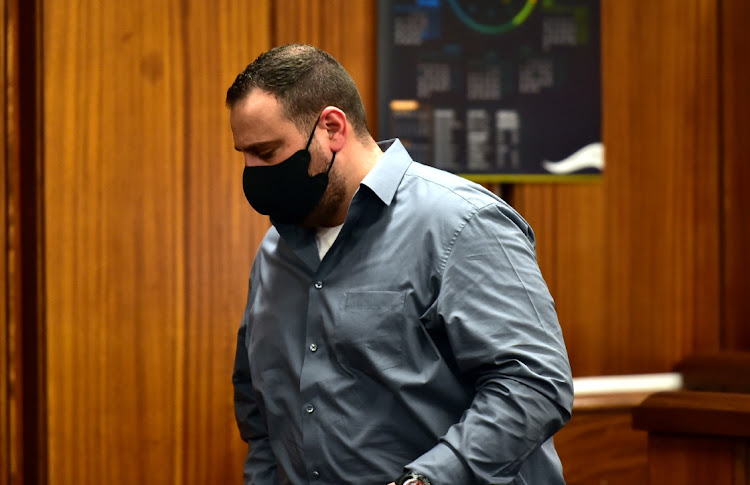 Christopher Panayiotou testified against alleged middleman Luthando Siyoni in connection with the 2015 murder of his wife, Jayde.
Image: Eugene Coetzee

Too little too late. The family of slain Eastern Cape teacher Jayde Panayiotou say they will never forgive her murderer husband.

When Christopher Panayiotou spent a second day on the stand in the Gqeberha high court on Tuesday, he was made to look at photographs of his childhood sweetheart, her body riddled with bullets, reports HeraldLIVE.

On Monday, for the first time since his arrest in 2015, he admitted to his involvement in Jayde’s kidnapping and murder.

He was testifying against Luthando Siyoni, a nightclub bouncer he employed and who allegedly helped him arrange the hit.

Currently serving a life sentence in St Albans Prison, Panayiotou said: “I am deeply, deeply sorry for the hurt and pain I caused everybody.”

The motive for the murder, Panayiotou said, was that he had been under immense pressure and could not keep up with everything going on in his life — a wife, mistress and a demanding job. 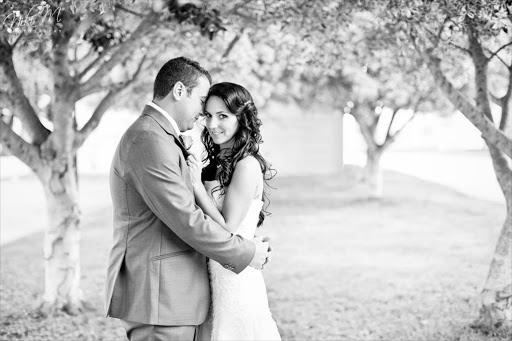 Algoa FM News reported Siyoni’s lawyer, advocate Siphokazi Cubungu, tackled Panayiotou on his assertion that the murder was planned because he could not handle the stress he was under.

She asked him why he did not take his own life instead of killing another person.

Showing him a close-up picture of Jayde’s body, and insisting he looked at his “end prize”, she asked him if that relieved his stress

He replied “no”, the radio station reported.

Siyoni pleaded not guilty to the murder at the start of his trial on Monday. He was charged after losing his immunity as a Section 204 witness when he flipped on the stand to recant his confession made more than four years ago.

Jayde’s sister Toni Inggs told HeraldLIVE the fresh trial was torturous and they found no relief from Panayiotou’s belated apology.

“I can’t help but believe he is doing this for his own personal gain and for that reason alone. I speak for my family when I say all the accused will never be forgiven. It’s too little too late.”

Jayde‚ 29‚ was kidnapped outside her Kabega Park home on April 21 2015 before being driven to a bushy area in KwaNobuhle where she was executed.

Her businessman husband was arrested in May 2015 after a sting operation during which police recorded a conversation between him and Siyoni‚ eight days after Jayde’s murder.

The short video clip was shown in court during the original trial. While Siyoni was seated in the back of the vehicle and could not be seen clearly‚ Panayiotou took centre stage in the front passenger seat.

The chilling words “it became a kidnapping and a murder instead of just making it a robbery outside the house” drew gasps from the gallery in the high court when the clip was shown.

Algoa FM reported the video was shown in court again this week, with Panayiotou testifying he gave Siyoni money in the car so he could get out of town until the heat died down.

When police arrested Siyoni shortly after Jayde’s murder they confiscated R31,300 in cash. At the time‚ Siyoni alleged this was his cut from the R80,000 Panayiotou paid him to organise hitmen to kidnap and kill his wife. The remaining cash was allegedly paid to Vumazonke. Siyoni subsequently recanted this evidence.

During the trial‚ the court heard evidence that Jayde had been hit on the head and shoved into the boot of a car‚ her fingers crushed as the boot was slammed shut. Her abductors then drove to an open field in KwaNobuhle where they shot her three times.

Her husband had been having an affair with a woman he had been dating before his marriage.

In September 2014‚ Jayde wrote about her unhappiness in letters subsequently presented to court: “Where do I turn to? Nobody to talk to.

“I want a normal life. A husband who comes home at a normal time‚ has a normal job and makes time for his wife and family. Somebody who doesn’t hide me or cover up. Always respects and puts his wife first. (A husband who) can understand and see how having all the money in the world is not as important as building a life with his wife.”

The trial against Siyoni continues.

Costa Panayiotou, 67, was gunned down outside the Bambi Snack Bar.
News
2 years ago

Convicted murderer Christopher Panayiotou has lost some privileges behind bars after being found in possession of a cellphone and sim cards in his ...
News
3 years ago

For six months‚ the man at the centre of Jayde Panayiotou’s murder sent police on a wild goose chase across the province‚ with an undercover agent ...
News
4 years ago
Next Article