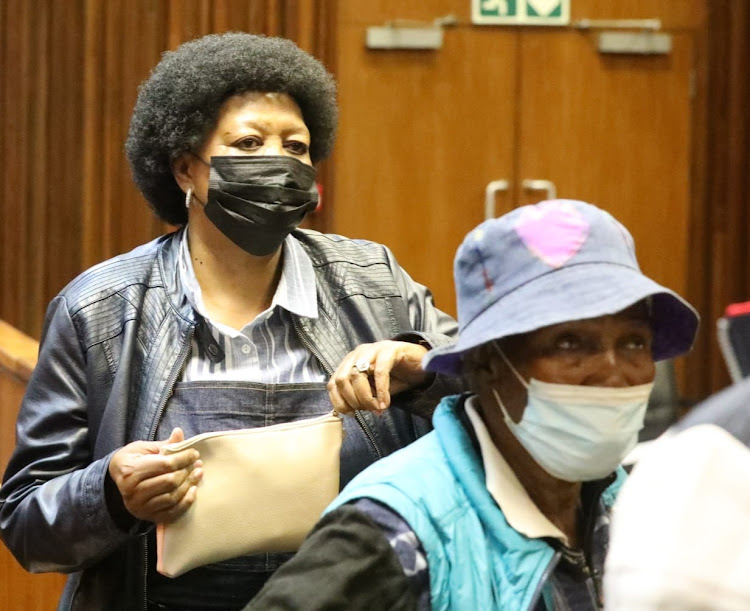 Some of the six people accused of murdering retired crime intelligence officer Thekiso Hendrick Mogoerane were in communication before the killing.

This is according to a digital forensic investigator and analyst, who on Wednesday presented evidence showing that there was communication among some of the six.

The strangled body of Mogoerane, 61, was found on the back seat of his Hyundai Accent, which was found abandoned next to the P91 road in Kempton Park in the early hours of January 17 2018.

The wife and son are standing trial in the high court in Johannesburg, together with Mzweshinga Zondo, 51, Thulani Nxumalo, 36, Sanele “Mdeva” Mphuthi, Ntobizodwa Dlamini, 73, and Velaphi Cordelia Mogoerane, 58. The co-accused each face a charge of murder and a charge of conspiracy to commit murder.

The high court in Johannesburg ruled on Monday that a confession made by an accused in the 2018 murder of retired crime intelligence official Maj-Gen ...
News
7 months ago

Two other accused, Musa Morris Mayisela and Bongiwe Lukhele, have since died.

Another accused, Thokozani Zondo, who escaped after being released on bail, is being sought by the police.

Mushwana testified before the high court in Johannesburg that on January 17 2018, he was asked to assist in the investigation and instructed to download information from two cellphones belonging to Mogoerane’s wife and one cellphone from his son.

Mushwana said analysis conducted on one of Cordelia Mogoerane’s cellphone numbers showed it received eight “please call me” messages from a cellphone number that Mushwana obtained from Mzweshinga Zondo after his arrest. These messages were sent between January 14 and January 15 2018.

He said analysis conducted on the phones showed that the number belonging to Zondo made a single call to Mogoerane’s BlackBerry Curve cellphone on January 16 2018 at 1.53pm.

Mushwana said analysis showed that the number was transmitting from the Moleleki cellphone tower in the Vosloorus and Katlehong area until 7.46pm, when it transmitted from Boksburg West tower, possibly from a car driving along the R21 towards Pretoria.

Mushwana said from 8.41pm, Zondo’s number was within the vicinity of Birchleigh North.

About 9.14pm, Mushwana said, Zondo’s number was at Witfontein in Kempton Park, suggesting that the cellphone user was returning from Birchleigh to Vosloorus-Katlehong.

Mushwana said at 11.34pm, the cell number transmitted at Mapleton station in Boksburg, suggesting that the cellphone was out of Vosloorus.

Mushwana said Zondo’s phone transmitted at Vosloorus at 1.11am on January 17.

Mushwana's analysis also showed there was communication initiated from Zondo's number to that of Dlamini on January 17.

Mushwana’s evidence follows that of a confession statement made by Zondo, wherein he admitted he was hired to kill the retired major-general.

In his statement, Zondo detailed how he and two other people drove from Vosloorus to Birchleigh, and ran away when the retired major-general woke up, as they were inside his house.

Zondo said he then drove back to Vosloorus but was called back because Mogoerane’s husband was sleeping again.

Zondo’s statement said he then drove back to Birchleigh and dropped off two hired hands before driving back to Vosloorus.

Mushwana will continue with his evidence on Thursday.

The high court in Johannesburg on Tuesday heard evidence from a Hawks officer who analysed data on cellphones belonging to some of the six people ...
News
7 months ago

One of the alleged hitmen accused of the murder of retired senior crime intelligence police officer Maj-Gen Hendrick Mogoerane has suggested two ...
News
7 months ago
Next Article