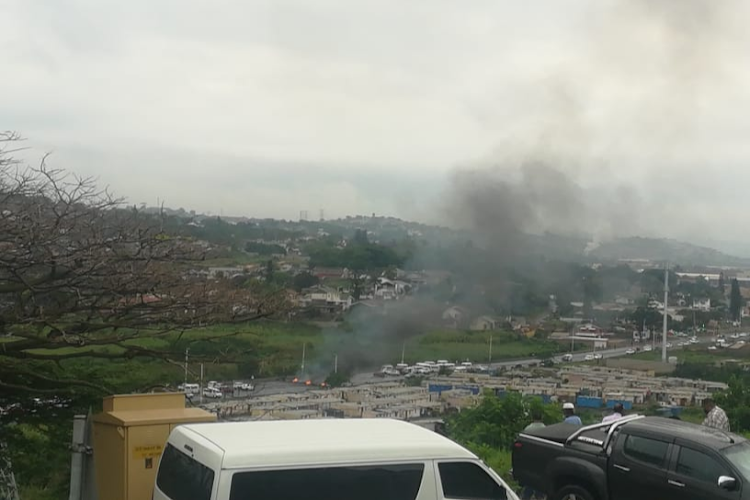 Dozens of Isipingo residents blockaded the M35 main road between Isipingo and Lotus Park on Monday morning after they were unable to vote in last week's elections.
Image: SUPPLIED

Scores of residents from Isipingo, south of Durban, took to the streets to protest on Monday morning, burning debris and blocking the M35. They say they weren’t allowed to make their mark in last week’s local government elections.

When the residents went to vote at their local polling station, they were allegedly told their details were not on the system. About 300 residents were told they would not be able to vote.

It is understood most are ANC supporters and they accused the Electoral Commission (IEC) of ignoring their complaints, which allowed the DA to snatch the ward from the ruling party.

Police responded to the area and managed to clear debris and allow traffic to resume while residents protested at the side of the road.

The IEC’s Thabani Ngwira said there were several complaints relating to residents whose details weren’t captured on the system at some voting stations.

“I am not sure if the Isipingo residents who are protesting are part of those complaints. There will be a final proclamation with regard to the outcome on Monday,” Ngwira said.

Former ward 90 councillor Sunil Brijmohan was not available for comment.