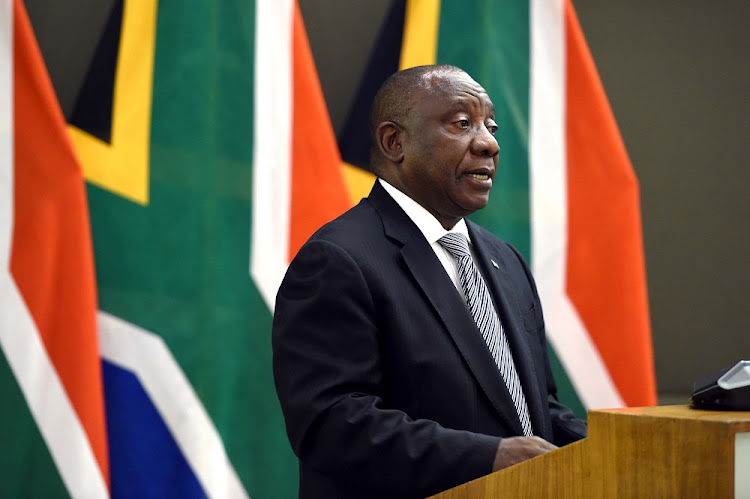 President Cyril Ramaphosa says the Covid-19 pandemic slowed the flow of capital from outside investors into the country’s economy. File photo.
Image: GCIS

President Cyril Ramaphosa has postponed the fourth annual investment conference, which was due to take place at this time of the year.

Owing to many events taking place domestically and globally, Ramaphosa moved this year’s conference to March 2022, he announced in his weekly newsletter on Monday.

He said the events that necessitated the postponement include the local government elections, the COP26 climate conference and the Intra-African Trade Fair which starts in eThekwini next week.

Hosting the conference next year would make more sense, he said, as many people would have received their Covid-19 vaccine shots, making it safer to gather in large numbers.

Since the inception of the investment conference in 2018, when Ramaphosa took control of the Union Buildings, R770bn worth of investment “pledges” were raised.

Of that amount, only R290bn “has to date flowed into the economy”, according to Ramaphosa, who said the Covid-19 pandemic slowed the flow of further capital from outside investors into SA's economy.

“Two weeks ago I attended the launch of Toyota’s expanded production line in eThekwini, which will produce SA’s first locally-made hybrid car.

“This investment was the result of a R2.4bn commitment the company made at the 2019 SA Investment Conference. Also in KwaZulu-Natal, Tetra Pak is expanding its operations with an investment of R500m,” he wrote.

“Pharmaceuticals are an exciting new area of growth. Aspen Pharmacare recently launched its R3.4bn expansion which it announced at the 2018 investment conference. This investment has turned Aspen’s Gqeberha manufacturing facility into one of largest global manufacturing hubs for general anaesthetics, and has also provided capacity for more than 100-million doses of the Johnson & Johnson Covid-19 vaccines, produced under contract.

“The World Health Organisation chose SA to host an mRNA vaccine manufacturing hub with the Biovac Institute, which is a public-private partnership with government. SA-born Dr Patrick Soon-Shiong and his company NantWorks recently announced an ambitious initiative to build capacity for advanced healthcare in Africa.

“In addition to the investments they will bring, these developments will also contribute to our collective ambition for the continent to manufacture 60% of its vaccine needs by 2040.”

Energy, said the president, was another promising area of growth. As a start, the 25 recently announced preferred bidders in the fifth round of the country’s Renewable Energy Independent Power Producer Procurement Programme will together invest about R50bn into the economy.

Further to this, “SA has recently secured an initial commitment of about R131bn to fund a just transition to a low carbon economy by investing in renewable energy, green hydrogen and electric vehicles.

“These investments will help us overcome the debilitating load-shedding the country is experiencing as new electricity generation capacity comes online.”

President Cyril Ramaphosa has met his special envoys on investment to discuss the economic environment and steps taken to improve the investment ...
News
5 months ago

President Cyril Ramaphosa on Friday announced that France has committed to contribute 30 million vaccine doses to the Covax facility.
News
7 months ago

Less than one-fifth of the R364.4bn pledged at second SA Investment Conference has reached SA

President Cyril Ramaphosa revealed that of the R364.4bn in investment commitments announced at the 2019 SA Investment Conference, only 18.9% had ...
News
10 months ago
Next Article