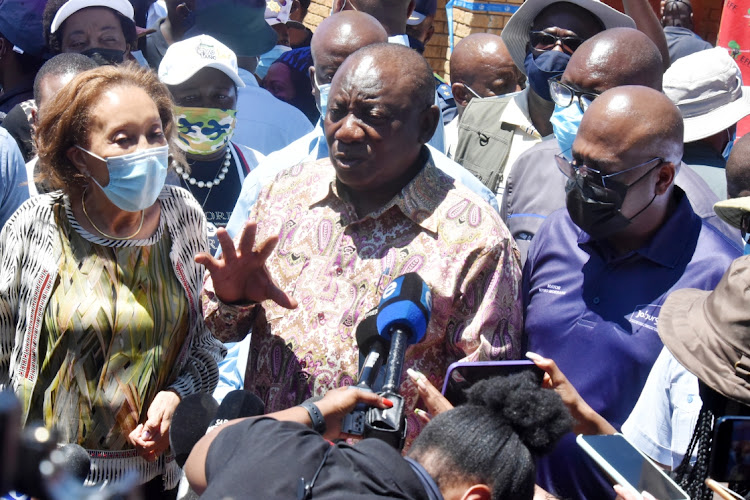 President Cyril Ramaphosa is expected to visit the IEC's national results centre on Thursday evening, signalling his return to focusing on state matters after a month-long election campaign.

“He is expected to visit in his capacity as the president,” a source told TimesLIVE on Wednesday evening.

It is understood that he will be attending the closing ceremony.

Ramaphosa has spent his time criss-crossing the country campaigning for , the ANC, since the beginning of the local government election campaign in Soweto, on September 18.

On Tuesday he shifted his attention to state matters in a working visit to King Mswati III. Ramaphosa’s visit — in his capacity as the chair of the Southern African Development Community (Sadc) organ on politics, defence and security — was a crucial attempt to try to bring peace in the troubled country.

“But the president has never shifted his attention off the government work, he just had to cut himself into smaller pieces,” said another source.

During his election campaign he visited Toyota, he deployed a special envoy to meet King Mswati III in Swaziland, launched the Covid-19 Vooma vaccination campaign, attended to Eskom’s load-shedding problems and began a process to appoint the next chief justice.

“Officials made their time available for the ANC campaign and in between had to continue with their official responsibilities.

“Now that we are done campaigning, they are mostly going back to assume their official responsibilities.”

Protests, inclement weather, arrests and electricity disruptions all marred the start of the voting day on Monday, the IEC said.
News
3 weeks ago

The IEC says it is not responsible for the poor voter turnout in the 2021 local government elections, saying it predicted this three months ago.
News
3 weeks ago

The Electoral Commission of SA (IEC) has defended of its systems and the handling of the election process amid complaints of glitches by political ...
News
3 weeks ago
Next Article