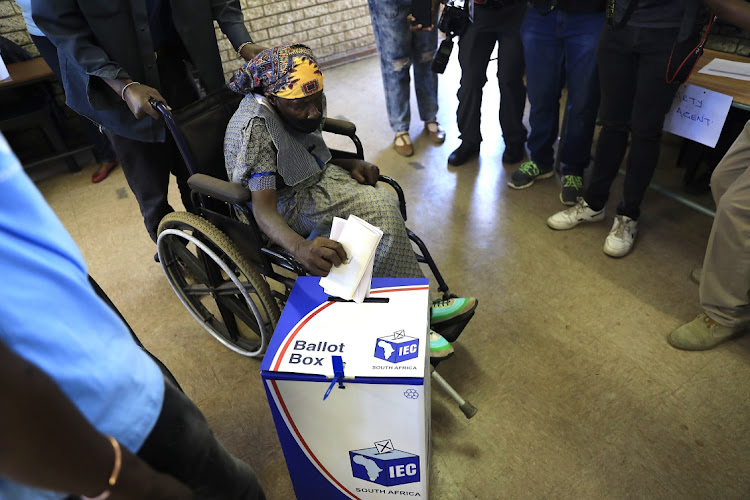 The Human Sciences Research Council (HSRC) has attributed the lower voter turnout in the 2021 municipal elections to a decline of trust in democracy, according to surveys it conducted over the past two decades.

The voter turnout in these elections is estimated at about 47%.

But those who did cast their ballots told the HSRC they were confident the elections were free and fair.

“Nationally representative surveying by the HSRC conducted over the past two decades has shown that trust in the Electoral Commission has declined [but] this decline is to a lesser extent than other political institutions and it remains one of the most trusted institutions in the country.

“Declining trust in the commission is partly due to general disillusionment with the functioning of democracy and the performance of core political institutions,” said the council's Dr Benjamin Roberts.

He made the remarks alongside Prof Narnia Bohler-Muller on Wednesday at the national results centre in Pretoria, where the council presented its findings on the election satisfaction survey based on voter interviews collected on election day.

“The HSRC finds that the voting public is overwhelmingly confident that the 2021 local government elections were both free and fair," said Roberts. "As with previous national and provincial as well as municipal elections, voters provided an overwhelmingly positive evaluation of the management performance of the Electoral Commission (IEC) and the conduct of officials at voting stations. These voter evaluations point firmly to the continued integrity of elections in the country.”

The ANC, which is at the helm of the collapsed Lekwa local municipality in Mpumalanga, is currently leading as the counting of votes continues.
News
2 months ago

The finding comes from a survey conducted at more than 300 voting stations countrywide. The council interviewed 50 people who cast their vote from each station, at different times. Some of the key findings include that an overwhelming majority of sampled voters (95%) felt the election procedures were free and fair. Provincially, this ranges from 90% in the Western Cape to 98% in Mpumalanga.

Ninety percent of voters indicated that they trust or strongly trust the IEC  in general (51% strongly, 39% moderately), while only 7% were neutral, 2% were distrusting and 1% were uncertain.

The council also made observations about the timing of decisions to vote. Sixty-two percent of voters said they decided to vote more than six months beforehand and a further fifth (18%) decided between one and six months beforehand. Only a small proportion decided on election day (4%) or during the month beforehand (15%).

Ninety-six percent of voters expressed satisfaction with the secrecy of their vote. Provincially, this varied between 94% in the Western Cape and North West and 99% in Limpopo, according to Roberts.

On the issue of political tolerance, the council found that 61% of voters expressed the view that political parties were very tolerant of one another during the 2021 election campaigns, with 26% reporting that parties were somewhat tolerant of each other. Seven percent perceived intolerance, while 6% were uncertain.

The general voting experience was sampled as follows: