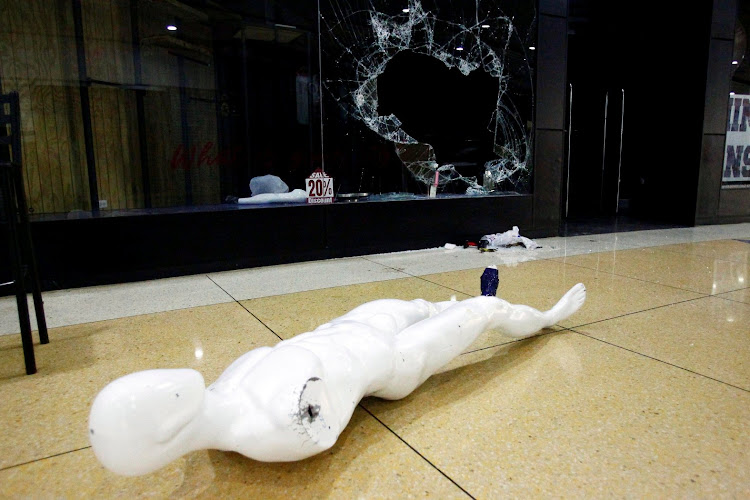 A man was beaten to death with a mannequin in Gqeberha. Illustrative image
Image: Reuters/Issac Urrutia

A man is on the run with a mannequin after committing murder with the dummy.

“It is alleged that at about 2.30am a sleeping vagrant was awoken by the suspect.

“When the suspect realised that he was not the person he was looking for, he then approached a male (about 60 years old) who was sitting on stairs and started to assault him with the mannequin,” she said. “The suspect then ran off with the mannequin.”

The victim, who is yet to be identified, was severely beaten and later died on the scene.

Police are investigating a case of murder and are appealing to anyone who may be able to identify the deceased or the whereabouts of the suspect to contact SAPS Gelvandale on 041 402 2018/19, alternatively Crime Stop on 08600 10111 or their nearest police station. All information is confidential and callers may remain anonymous.

Police on the hunt for killers of three men in Gqeberha

A 72-hour activation plan was implemented for the arrests of the suspects involved in an apparent gang-related hit which left three people dead in ...
News
6 months ago

Gqeberha businessman in court for counterfeit goods worth R3.9m

A Gqeberha businessman has been summoned to appear in court to answer to a raft of charges after alleged counterfeit goods worth R3.9m were seized ...
News
7 months ago

The body of a second missing woman from the Eastern Cape was found buried in a shallow grave at the weekend, police said.
News
6 months ago
Next Article