Steady stream of early-morning voters in Johannesburg suburb of Bryanston 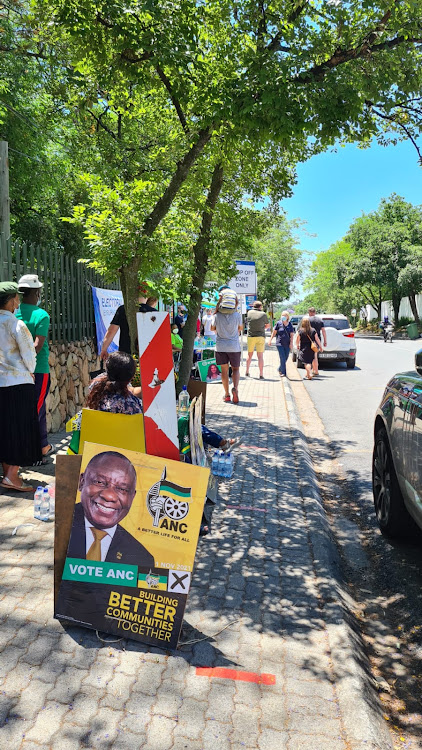 At Bryandale Primary school in Bryanston, in the north of Johannesburg, people started queueing from 5.30am on Monday.
Image: Alex Patrick

The voting station at Bryandale Primary School in Bryanston, in northern  Johannesburg, had seen a steady stream of about 700 voters by early morning, with about 100 people in the queue.

IEC presiding officer Caroline Hector said there had been a steady flow since 6.30am. When the station opened at 5am there were about 12 elderly people waiting on their camping chairs outside.

An elderly woman arrived at the front of the queue irate because she had been told she was not allowed to vote in Limpopo, where she lives, but rather in Bryanston where she works.

She would not give her name.

“I am far from home,” she said, “and home is where we are suffering. We haven't had electricity, water or any other basic services. I'm not happy.”

The woman refused to say where in Limpopo she came from.

Bryandale volunteer Steve Lewis said the biggest issue they had faced was misinformation.

“People arriving at the wrong station, not knowing that they needed to register for a specific area. Some have come without IDs but with photocopies, which we can't use. It makes people upset.”

* At Dainfern, a second voting station ran out of ballot papers after about 4,000 votes were cast, and an IEC officer had fetch more.