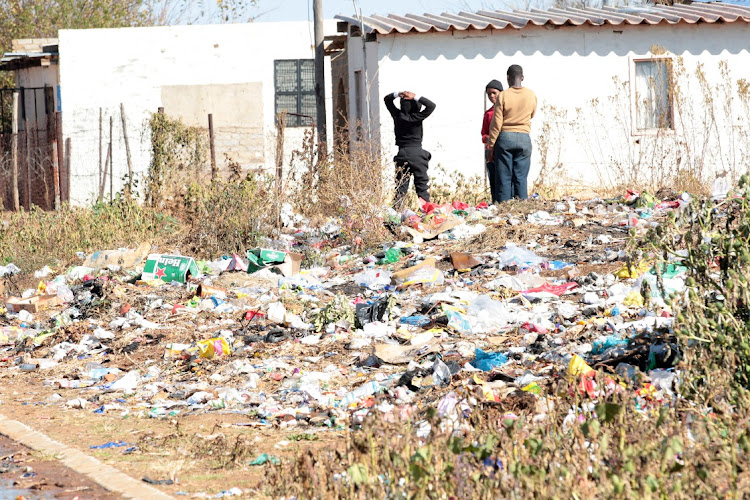 Despite an almost two-hour delay to the start of voting at Thabo Mpempe Primary School, dozens of residents in the dysfunctional Ditsobotla local municipality in Lichtenburg, North West, were in high spirits.

Residents of Boikhutso started arriving at the voting station as early as 6.30am, some dressed in political party regalia.

Zachariah Makinye, 61, of Boikhutso Ext 3, said: “I arrived here at 7am. I am happy that I am voting. I believe my vote will benefit all of us in the community of ward 3. After my vote, I believe the conditions in my area will change.”

Another Ext 3 resident, Lazarus Monnatlala, 66, said he wants his vote to urge the government to provide better services for him and his family.

“I don’t have water at home. I struggle to get water. The roads here are difficult to travel on. There are potholes everywhere. I want our government to help us,” said Monnatlala.

The voting station had not opened by 8.30am due to complaints by political party agents about the IEC presiding officer at the station.

Residents of the troubled Emfuleni local municipality who cast their vote today say they are doing it for employment opportunities and to end service ...
News
1 month ago

The most touching scene was when 69-year-old Maria Malakaje, whose right leg has been amputated, was carried by two IEC officials as she cast her vote.

It's not clear if she didn't know about the special vote at the weekend for disabled people, or whether IEC officials did not pitch at her home.

Another resident, Elliot Mazwembe, 26, said he was voting so that jobs are created for young people like him.

"I'm voting for clean water, I'm here today and the water flowing from my tap is still not drinkable," Marothodi said.
News
1 month ago

“We are really struggling, my brother. We hustle every day. We need jobs. The government should provide jobs for us so that we can earn a living,” said Mazwembe.

Meanwhile, at Ditsobotla Primary voting station located in ward 1, the situation was quiet as there were no queues at all and a few people were trickling in.

First time voter Lebogang Dielele, 19, of Extension 2, said she was overcome with joy.

“When I woke up today, my heart told me to go and vote. I am tired of seeing garbage all over the streets,” said Dielele.

The instability in the administration of the municipality has led to poor service delivery with many residents of Lichtenburg, where the municipality sits, living without water, while there were constant power cuts and heaps of uncollected refuse at almost every corner.

The roads are in a state of disrepair, with potholes everywhere, while some roads that were once tarred have deteriorated into gravel due to a lack of maintenance.

The new administration in the Emfuleni local municipality should prioritise starting a local economy that will address service delivery issues while ...
News
1 month ago
Next Article