Parties slug it out in Palm Ridge 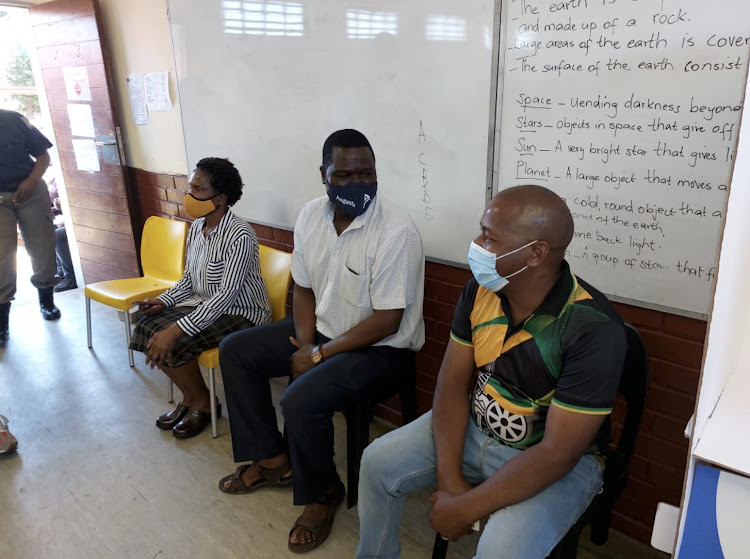 While most voting stations in Katlehong, Thokoza and Vosloorus experienced low numbers of voters coming to cast their vote until Monday afternoon in Ekurhuleni, heavily contested areas in Palm Ridge saw voters turning out in their numbers.

Ward 103 was among the most heavily contested wards in the metro, with the ANC, DA, EFF, ActionSA and the Patriotic Alliance  maintaining strong visibility and having erected their tents outside the Palm Ridge healthcare centre.

Outgoing councillor Sadrick Matheba, who had been with the ANC and who has since defected to ActionSA, said he was impressed that the voting process and remained uninterrupted and peaceful despite the fierce contest in the area.

"Many of us have been heavily campaigning here and it is difficult to tell. But it's good that there is no intimidation or violence. People have come out in numbers; we all hope that we will get a good result," Matheba said.

Patriotic Alliance councillor candidate Zane Khan, however, lamented that many people had turned away in the morning as ANC supporters had came to the voting station in song and made noise on the premises while voting was under way.

While voter turnout remains poor in many voting stations in Katlehong, Thokoza and Vosloorus, this station in Palm Ridge has since the morning seen massive turnout of voters. It's Ward 103, which is heavily contested by ANC, DA, PA, ActionSA and EFF. @SowetanLIVE #Elections2021 pic.twitter.com/9ymICGjg5Q

"Most of our people left. I am new to this thing of politics and I have never even voted before, but what was happening here was wrong. We recruited youth to come and vote when they said they don't want to vote. Now they don't have patience," he said.

While political parties made rounds in the townships calling on residents to head to voting stations, the ANC also moved around with minibus taxis offering to ferry people to go and vote.

Mvusiyi Mana, one of the voters who joined the long queue in 103, said he was casting his ballot for the first time and that he had decided to participate in the elections despite having stayed away since 2011 when he became first eligible to vote.

"I think most of the youth just don't care about voting and have lost hope in politics. But I wanted to vote because I think we have to influence the elections if we want issues like employment and services to be implemented," Mana said.

Updating the media on the election process, Electoral Commission of SA (IEC) chairperson Glen Mashinini said only 20 voting stations across the country had not opened on time due to protests.

Mashinini said the commission had received isolated reports where some voters were wrongly prevented from entering voting stations as they were wearing political party clothing.

Voting stations in Katlehong, Thokoza and Vosloorus in Ekurhuleni, had a slow start on Monday morning with fewer voters queued up to cast their ...
News
6 months ago
Next Article