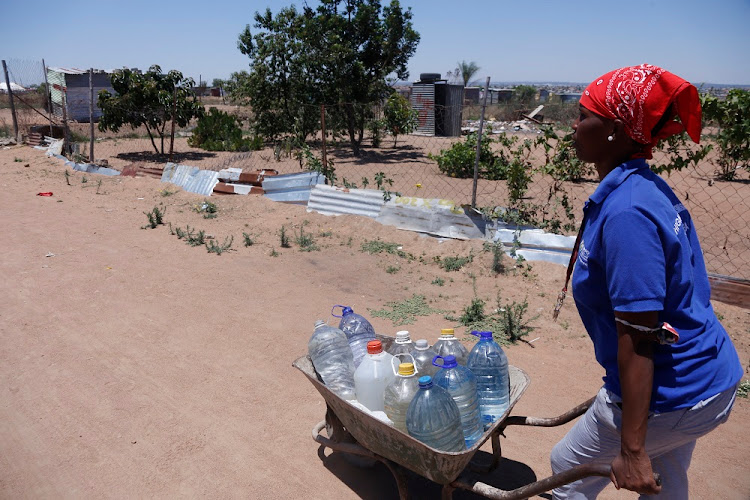 After casting her vote, Shela Molomo got on with her day as she pushed a wheelbarrow to fetch water.

is one of the first residents to arrive in the area.

"I just returned from casting my vote and hoping that it will have the power to take me out of this misery. Its time for me to rest but I'm here pushing the wheelbarrow with water tubes," she said.

Molomo added that she would love to see running water and electricity in every house in Juju Valley.

Another resident Peter Mokwatlo, who braved the scorching sun by standing in a queue and was yet to cast his vote, told Sowetan they need proper roads to be able to drive in rainy seasons. 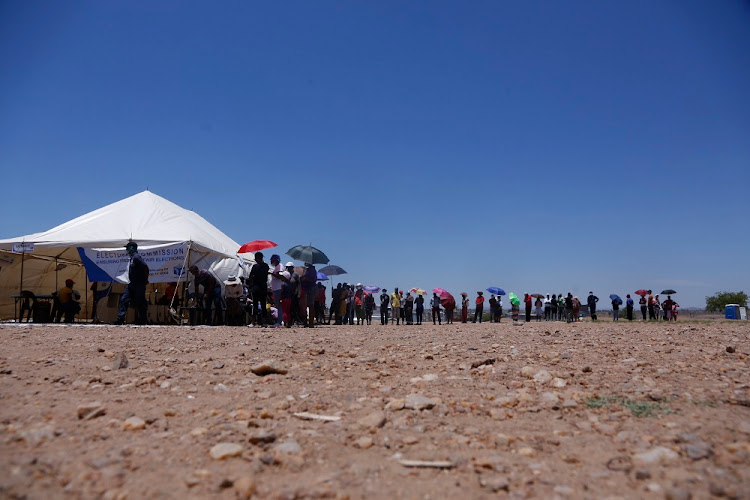 A queue outside a voting station in Juju Valley informal settlement in Seshego outside Polokwane, Limpopo as local government elections progress in Limpopo.
Image: Supplied

"We are suffering my brother because there are no services here. Even taxis to Polokwane don't even drive through Juju Valley. We have walk to Seshego to access transport because of the bad roads," he said.

Juju Valley started as land invasion after EFF leader Julius Malema encouraged residents to occupy the piece of land in 2019.

Malema is also known as Juju.

A resident, who didn't want to be named, said she badly wanted to cast her vote but she was turned away.

"I came here to register but now I'm being told to go and vote at Madiba Park which is far," she said.

Anna Rakgwale, who donned an ANC T-shirt, said she voted for the party and she is optimistic it will bring change.

"I have been voting for the ANC and I believe it will rectify its mistakes. We are going to get a new mayor in Polokwane and hopefully he will make things happen," she said.

The community of Emaphupheni, near Daveyton on the East Rand, have shut down a voting station as they protest over lack of service delivery.
News
2 months ago
Next Article