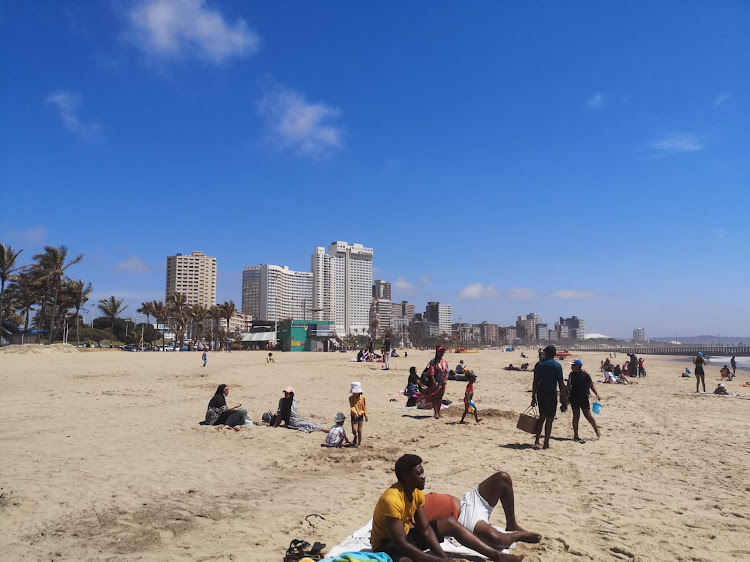 Some beachgoers chose to enjoy the sun and the sea instead of voting on Monday.
Image: Suthentira Govender

The beach, rather than the polls, lured some Durban residents as local government elections got under way on Monday.

The beachfront was teeming with joggers, walkers, families and those who chose to exercise their dogs.

On the shore, pockets of families picnicked or sunbathed, while surfers hit the waves and others frolicked in the surf.

A beachfront rickshaw operator, who refused to provide his name, said he had no intention of voting. “I haven’t seen any change. Vote for who, aai not the ANC.”

This Durban beachfront rickshaw operator says he doesn't csre about voting. "Vote for who, aai not the ANC"@TimesLIVE@yasantha pic.twitter.com/5XCyLpJPOo

Johannesburg brothers TK and Zolile Mazibuko decided to spend their long weekend at the beach.

“It will be useless for me to vote. I voted in the previous election and things just got worse. Even if I was in Joburg, I would not have voted. I want the ANC out. They are too relaxed and eating our money,” said TK.

His main bone of contention is electricity supply.

“Miraculously we have had no load-shedding since Saturday. Tomorrow it will return after elections.

“Potholes are not even a problem any longer. It’s become a norm now to avoid them.”

Though the brothers will not make their mark, they are hoping the smaller parties will find success at the polls.

A waitress at a beachfront eatery, who did not want to identified, said she was disappointed she would not get a chance to vote.

“By the time I finish my shift the polling station will be closed. I'm disappointed but I have to work,” she said.