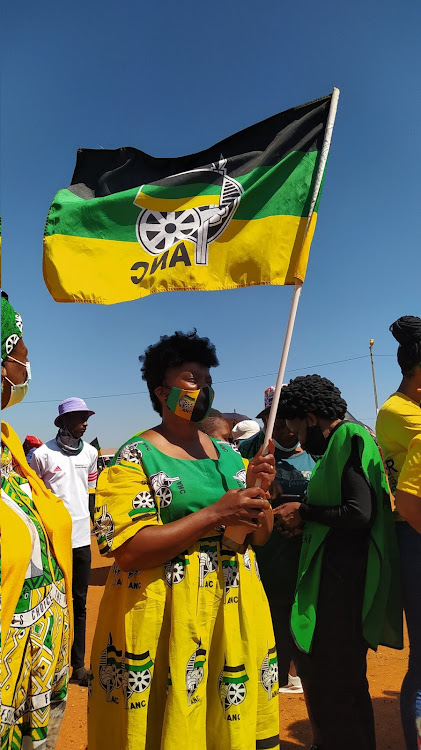 ANC president Cyril Ramaphosa did a final round of campaigning in Kagiso a day ahead of the local government elections on Monday.
Image: Amanda Khoza

After the local government elections SA communities need to hold a lekgotla to discuss how the country is going to resolve the ongoing electricity problems.

This was ANC President Cyril Ramaphosa’s last commitment on Sunday as he wrapped up his election campaign ahead of voting day on Monday.

Addressing a small crowd — which had gathered on an open field in Kagiso on the West Rand — Ramaphosa confessed that he thought he had concluded his campaign on Saturday but he was convinced by premier David Makhura to visit the community.

His last message in an attempt to convince the locals to give the ruling party another chance to govern, was primarily the same, focusing on service delivery issues like water, housing, overflowing sewerage pipes, ageing infrastructure and a lack of employment.

But his main focus on Sunday was a promise to South Africans that load-shedding will soon be a problem of the past. “I heard there are electricity issues, sewerage and unemployment in this area. But I have found that everywhere I have gone around the country that there is a problem of electricity.”

Ramaphosa said Eskom was plagued by many problems. “When we took over in 1994, many of us did not have electricity. We had candles and paraffin stoves. Today we have electricity in about 95% of households.”

Eskom’s power generators were also old and needed to be maintained regularly so that they could generate and supply enough electricity for the whole country.

“In Kusile and Medupi, time and time again, they are not fully on stream so the problem we have is that the generation of electricity is not 100% and that causes load-shedding countrywide. This is a problem for everyone, so we are working on it.

“Another problem is that we get power from Mpumalanga and Limpopo and in many places some people have back rooms and then they need electricity. We find that there is illegal connections, izinyoka nyoka.”

Another problem, said Ramaphosa, was that some people were paying bribes to Eskom employees. “I'm not a police officer, I'm not going to arrest you. But this causes a problem because this overloads the transformers. When they restore the power we find that afterwards, there are more illegal connections done. This is common even in Chiawelo where I grew up.” 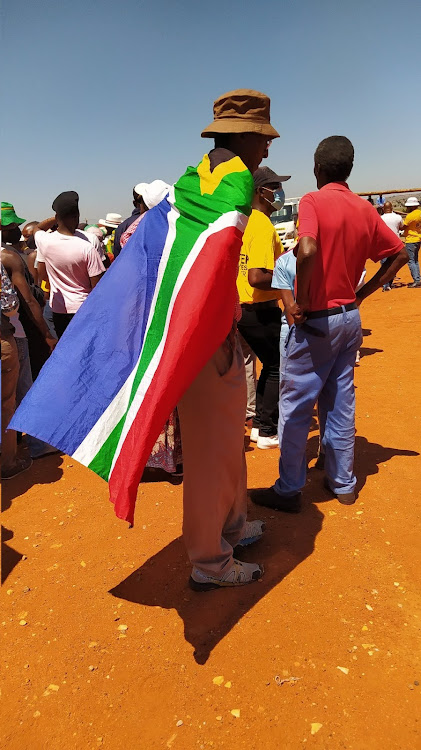 Kagiso residents gathered to listen to ANC president Cyril Ramaphosa. Ramaphosa try to convince locals for the final time to vote for the ANC on Monday.
Image: Amanda Khoza

Ramaphosa said when he asked Eskom what the problem was in Soweto, he was told there were too many illegal connections. He said in Chiawelo, six transformers worth billions, had been replaced.

“They [residents] told me that they connect the electricity illegally because they don't have money. I told them that this is not the way to resolve the problem. I told them to go to their municipality to apply for free electricity.”

Ramaphosa said sometimes even those who could afford electricity connected it illegally. “This is not fair to the poor. I am happy you are aware of the electricity issue because it's easy to blame the load-shedding on the government when some of the problems are caused by our people.”

In Nomzamo, Ramaphosa said Eskom brought a new transformer, “and I got a call that it was taken. It was replaced again and then we later found out that a cable was stolen. Usually the electricity problem is in our hands. It's also the high account billing system, transformers and illegal connections.”

Ramaphosa said during his campaign, he encouraged many communities to move to a prepaid system. “We need to work together because we know the people that steal cables, that connect electricity illegally and we know the Eskom employees who take bribes. We cannot continue to have this problem, we have to find a solution.”

He told the residents the only way the government could attend to their problems would be to ensure that they go out in their numbers to vote for the ANC on Monday.

“We must win decisively so that they can see that the ANC is boss. We must go out in our numbers. We know that tomorrow our people will come out in large numbers. I can smell victory. It smells good.

“Whenever there are elections some of our people don't go out and vote because they think the ANC has already won. That's our biggest enemy.”

He urged ANC volunteers to make sure that, at the very least, they take 100 people to vote in their local voting district on Monday.

“We know we are going to win tomorrow, but it's in the numbers that we will be able to prove to the Mickey Mouse parties that they will lose. We all know they will lose tomorrow.”