Teen arrested for murder in the classroom 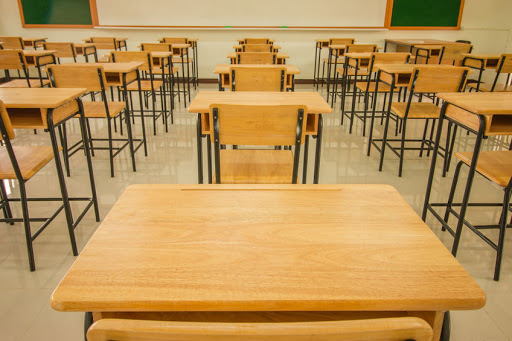 A 19-year-old lost his life after a horrific stabbing at his school.

A teenager is expected to appear at the Harrismith magistrate’s court for the killing which allegedly occurred over a cellphone dispute.

According to police, the 17-year-old Grade 10 pupil from Lerato Thando High School in Intabazwe stabbed a 19-year-old pupil in Grade 11 on Thursday afternoon.

Police say they got the call just after 2pm.

On arrival at the school, police were led to a classroom where the body of  the teen was found lying in a pool of blood near the door.

According to the report, it is alleged that the Grade 10 pupil went to the Grade 11 class where he found a group of boys playing with a cellphone. He grabbed the cellphone and refused to give it back to the boys.

The suspect allegedly stabbed the deceased once in the chest. The boy collapsed and died instantly on the scene.

The teen was arrested for murder and is expected to appear before the Harrismith magistrate’s court soon under supervision of his parents.

Free State police are on the hunt for a driver of a Mazda 323 Sedan who allegedly killed another motorist in a hit-and-run accident in Kroonstad.
News
7 months ago

Two people were killed and six children critically injured after a school bus collided head-on with a bakkie in Nietgedacht in Johannesburg on ...
News
7 months ago
Next Article