Malema calls for a multiparty pact for improved service delivery

Political differences must be put aside to restore human dignity, says EFF leader 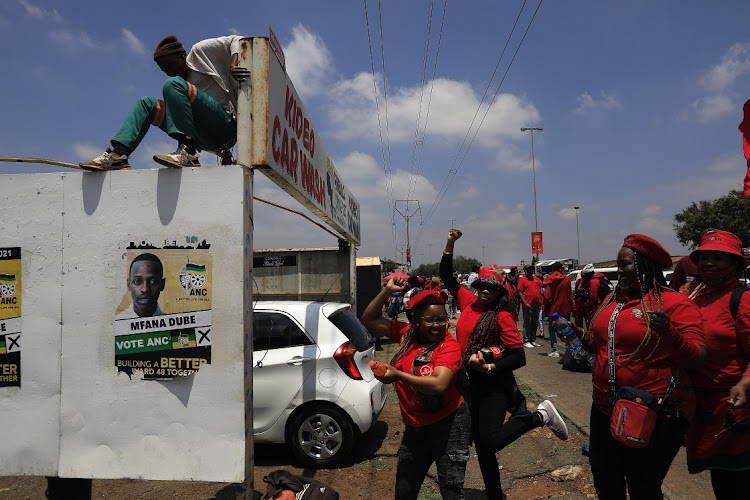 OCTOBER 29, 2021. Johannesburg . The EFF, led by Julius Malema, made a final push to increase its electoral support ahead of Monday’s local government elections, at its Tshela Thupa -“give a hiding”, rally in the Mosiliki Section of Katlehong on the East Rand on Friday.
Image: Alon Skuy

EFF leader Julius Malema has called for political parties to put aside their ideological differences and prioritise the delivery of basic services.

According to him, the EFF is ready to sign a pact with its political enemies the ANC and DA if it means delivering clean running water for communities in need.

Malema said it was pointless for political parties to have pride that they will not work with each other because of their different political stances, when the people that voted for them were suffering.

The EFF leader said that should there be hung municipalities after the November 1 polls, leading parties must put the people first.

“DA, ANC and EFF, put aside your differences. Let us sign a pact that will give all South Africans, water, electricity and a flushing toilet in the next five years,” said Malema.

“Why should we fight with the ANC and the DA and EFF? Let us put everything aside and give our people a flushing toilet, water, electricity and proper housing,” he added.

Malema said it was well and good for political parties to wrestle each other over major policy issues such as land, but the same cannot be the case when it comes to basic service delivery.

This because the provision of basic services was a human rights issue that should never be used for political point-scoring.

“I am ready to sign a pact where we say on matter of basic services, we will stop playing politics with the lives of our people. We must never use political colours to disadvantage our own people. We cannot put political differences, especially when it comes to local government, ahead of humanity and human rights,” he said.

Malema said the EFF had run a formidable campaign and was confident of victory, particularly in all metropolitan cities in Gauteng.

Ekurhuleni, the City of Joburg and Tshwane were ready for an EFF government, he said, and had suffered enough from ANC incompetence and corruption.

Malema should step aside as MP

Malema, as a parliamentarian, has sworn under oath that he will abide by the Constitution of the Republic of SA and all its laws.
Opinion
2 months ago
Next Article