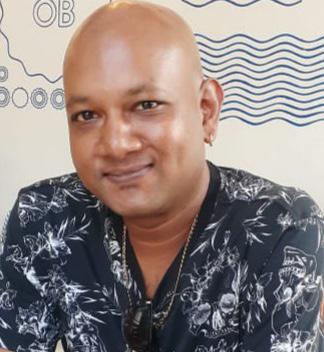 Jeetendra Jaikissoon, one of three men accused of murder during the July looting, died in hospital on Friday.
Image: Supplied

The grieving family of an accused arrested for murder during unrest in July, Jeetendra Jaikissoon, has vowed to continue attending court in a bid to see justice being served.

Jaikissoon died in police custody after spending more than 90 days at the Westville prison, together with his co-accused siblings, Dylan and Ned Govender.

The trio are facing murder and attempted murder charges after the death of Mondli Majola during the July civil unrest in Phoenix.

Jaikissoon, who was diabetic, had complained of chest pains and was taken to the King Edward VIII hospital in Durban on Friday where he died.

He said the forensics report would inform the stance they would take and did not rule out the possibility of legal action.

“We will have to wait and see if there was anything untoward,” he said.

“We want to make sure that the Jaikissoon name is cleared and also give support to the families of the co-accused. These men have spent a lengthy period together,” he explained.

He said that those who may have fallen foul of the law in July should face the music.

The Independent Police Investigative Directorate is investigating the death of a Phoenix man who was shot during an alleged altercation with police ...
News
8 months ago

He described Jaikissoon as a “loving and a compassionate” figure in the community who was a member of a local religious movement.

“Jeetendra was never a criminal. He was a decent and a religiously orientated person who would help out in feeding schemes in various communities,” he said.

He said on the day Majola was killed Jaikissoon had set off to protect his assets.

“He was just at the wrong place at the wrong time. He is being made a scapegoat. We have also seen the video in court. Jeetendra never carried a panga as the state suggests,” he said.

Jaikissoon’s funeral was held in Phoenix on Tuesday.

Harrilal said the family was demanding answers from the correctional services department for alleged ill-treatment meted out to Jaikissoon.

He said the deceased had not been given proper medical attention by the prisons authority.

“Jeetendra’s constitutional rights were violated. They all knew he had an underlying medical condition,” he said.

He said they were also shocked by reports that when Jaikissoon’s condition deteriorated on the day of his death, he allegedly wasn’t immediately attended to.

He said Jaikissoon’s sudden passing had taken a heavy toll on the family, particularly his wife, who was inconsolable.

“Things have also been made worse by the way in which her husband died. The whole family is utterly devastated,” he said.

“A detailed investigation will be launched and will be assisted by an autopsy report in determining the cause of death,” said Nxumalo.

The murder case continues in camera in the Verulam magistrate’s court on Thursday.