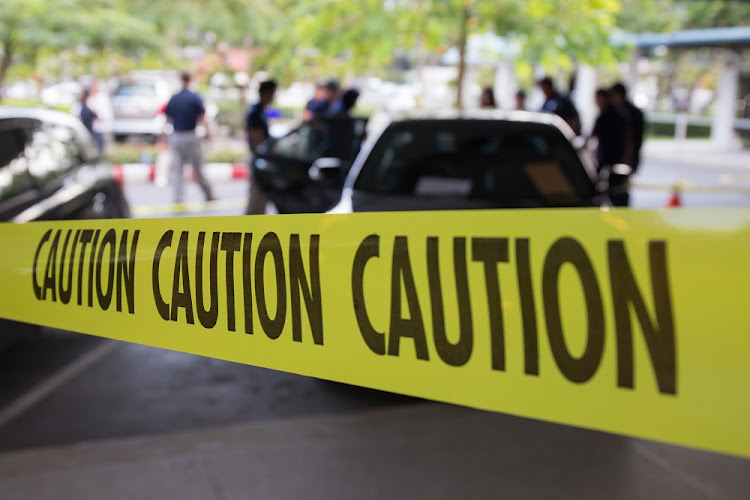 A man suspected to be the leader a criminal gang called Boko Haram has been shot and killed in an apparent hit.
Image: 123RF/ prathaan

A man known as the boss of Mamelodi's feared gang Boko Haram was shot and killed on Tuesday afternoon in another shooting incident in the township's ongoing gang wars which have claimed at least 10 lives.

Gauteng police spokesperson Brigadier Brenda Muridili confirmed that a Boko Haram gang member was killed in a hail of bullets on the N4 near Diamond Hill Toll Plaza.

“Boschkop police responded to a shooting incident today at about 12:00, on the N4 Highway near Diamond Hill Toll Plaza where a man was killed and his girlfriend was injured,” Muridili said.

She said upon arrival on the scene, the police were told by a witness that a black VW Polo was shot at by occupants of a silver grey Mercedes-Benz. The driver of the Polo lost control of the vehicle and the vehicle came to a stopped.

The driver of the Polo was declared dead on the scene, while the passenger was rushed to hospital with gunshot wounds.

Muridili said preliminary investigations on the scene identified the deceased as 35-year-old Phillip Given Mnguni. The task team established to investigate gang activities in Mamelodi had already linked him to several cases linked to the Boko Haram, she said.

Sowetan has established that the incident happened on the N4 highway between R515 and Donkerhoek off-ramp.

Gauteng police have previously stated that the recent murders were allegedly committed by a breakaway group from Boko Haram, calling themselves Bafarasai.

Police have assigned a team of several specialised units including organised crime and intelligence to probe the recent killings but no arrests have been made so far.

Celebrations erupted in several parts of Mamelodi yesterday afternoon when news hit the township that Nkunzi had been gunned down.

A resident who spoke on condition of anonymity said she was among those who celebrated in silence with a braai.

“Others who are more brave than me were blowing vuvuzelas when pictures of Nkunzi's dead body started doing rounds via WhatsAppp,” the resident said.

Nkunzi is the latest victim in what seems like organised hits which have seen bodies piling up, mainly of Boko Haram members, since August.

In pictures widely shared through WhatsApp, a lifeless body believed to be of Nkunzi is seen lying next to a black vehicle sprayed with bullets.

In one of the voice clips apparently recorded at the scene, a male voice recording it is heard saying: “this is the end of Boko Haram, Given has been shot and killed with a rifle.”