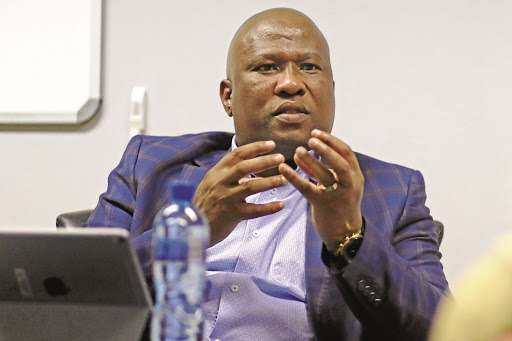 Eastern Cape premier Oscar Mabuyane has been granted an interim interdict to stay the public protector's remedial action stemming from her investigation into funds from which she said he had improperly benefited. File photo.
Image: Supplied

Mkhwebane did not oppose their application for interim relief. The order was granted by agreement between their legal representatives on Tuesday.

Mabuyane and Madikizela had launched an urgent application to interdict the remedial action imposed by Mkhwebane.

The public protector has no power to investigate me, nor does she have power to instruct the Hawks to do so.
News
3 months ago

‘I have no such power’: Ace Magashule on Oscar Mabuyane assertion

Asked about allegations made by Mabuyane, Magashule simply said: "I have no such power."
News
3 months ago

This is part of Eastern Cape Premier Oscar Mabuyane’s argument advanced to the Bisho high court in his application last month to stop the Hawks from ...
News
3 months ago

The ANC in the Eastern Cape says it will not challenge public protector Busisiwe Mkhwebane’s damning report on Winnie Madikizela-Mandela R1.1m ...
News
3 months ago
Next Article