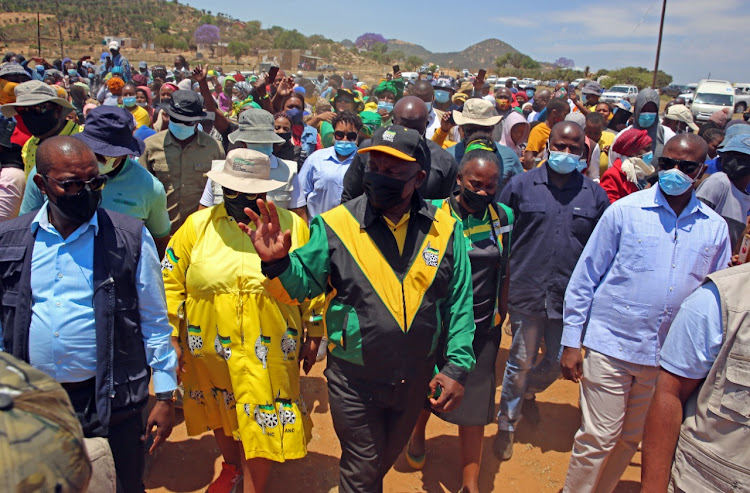 “I don’t care who you are sharing a bed with. When a community member calls you, you must answer the phone, regardless of the time and place.”

This was the instruction ANC president Cyril Ramaphosa gave to several candidate councillors in Seshego, Polokwane during an election campaign in EFF leader Julius Malema’s hometown in Limpopo.

Speaking during day two of his election campaign in Limpopo, Ramaphosa told a gathering of about 1,500 people in ward 13 that issues affecting the community should be prioritised. 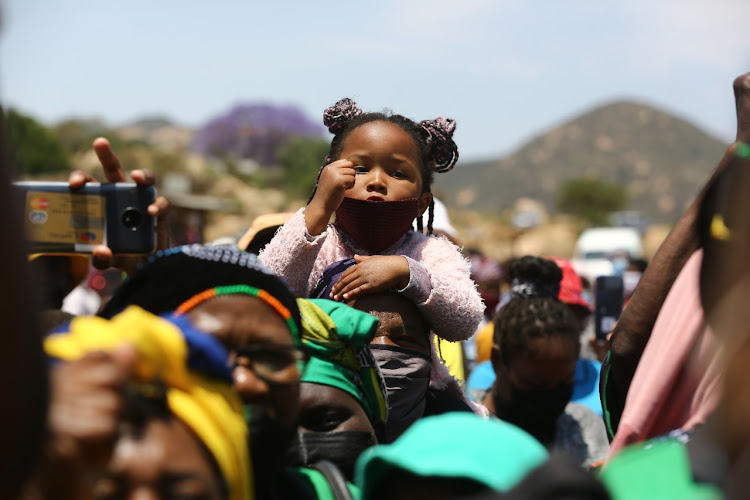 If you want divisions, you must leave the ANC because we want unity, was the stern warning by ANC president Cyril Ramaphosa on Sunday in Seshego in Limpopo. A huge crowd turned out in support, including this young girl joining in enthusiastically.
Image: Thapelo Morebudi

Ramaphosa, who was accompanied by ministers Thoko Didiza, Khumbudzo Ntshavheni and Aaron Motsoaledi, said: “Our people have a lot of problems including water, electricity and jobs. A lot of people are unemployed, especially the youth. We need to create jobs.”

He said he was not happy with the state of roads in the province.

“Your mayor has assured me he will make sure the problems will be addressed.”

With seven days to go until the country goes to the polls, Ramaphosa candidate councillors in Seshego that they had signed a pledge to serve their communities with integrity.

He told the candidates people expect councillors to work for the people and to refrain from filling council positions with friends and family members. 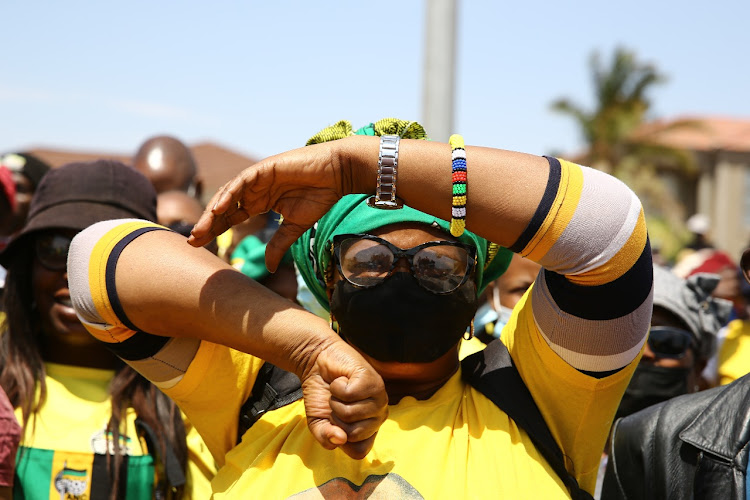 CHANGE MUST COME Supporters came out in numbers to listen to ANC president Cyril Ramaphosa in Seshego.
Image: Thapelo Morebudi

Ramaphosa said the ANC had the best manifesto.

As part of the renewal process, Rampahosa said the ANC had given the community the power to choose a councillor candidate and decided mayoral candidates must undergo vigorous interviews.

“You don’t even know why they are fighting. The divisions must come to an end. We do not want divisions. If you want divisions, you must leave (the ANC) because we want unity.

“If there are divisions we will open the door for you to leave, and if you don’t want to go out the door you will leave through the window.

“We are fixing and putting it back together. Those who are doing things out of order, we are showing them the door. Disciplinary processes or step aside.”

Ramaphosa said communities told him they want “a united and renewed party that will go back to the ANC values of its founding fathers and mothers of the ANC. At a national level we are fixing a lot of things you have identified, like the R350 Covid-19 grant”.

He appealed to residents to go out in their numbers to vote on November 1.

“In 2016, the people of Polokwane did not go out in their numbers to vote. The number of people who used to vote for the ANC decreased because a lot of you did not vote.

“When we go to the elections, Limpopo is a top performing province. When we talk about our support base, Limpopo comes out at the top. People are looking at Polokwane and want to know how the people are going to vote.

“It is important that we work towards winning all the wards the ANC lost. There mustn’t be a single ward taken by another political party. I don’t care which political parties.”