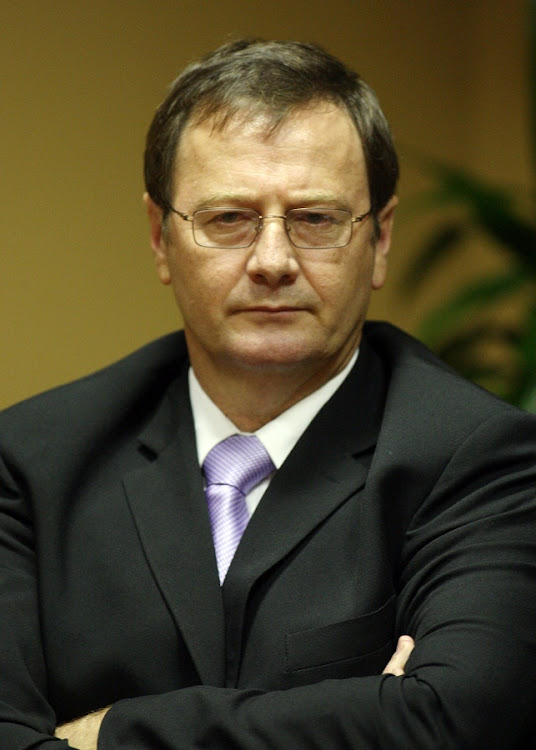 Public protector Busisiwe Mkhwebane has found the Western Cape local government MEC in breach of the executive ethics code, for his failure to timeously deal with allegations of improper conduct against officials in the troubled Oudtshoorn local municipality in the Little Karoo.

The complaint against Anton Bredell was lodged in 2019 by Brett Herron, a former Cape Town DA councillor and a current member of the provincial legislature on the Good party ticket.

The finding was part of six reports “that touch on service delivery, public procurement and executive ethics”, that Mkhwebane released on Friday.

Herron told Mkhwebane that the former mayor of the Oudtshoorn municipality, Colan Sylvester, alerted Bredell to “several allegations of maladministration, fraud, corruption, on the part of the municipality” in March 2019.

Herron said Sylvester requested Bredell’s assistance. He complained that Bredell did not respond to Sylvester’s letter until January 2020.

“Further, that from the independent investigation of the allegations that was commissioned by the municipality, it appeared that there were valid reasons for concerns brought to the MEC’s attention by the former executive mayor,” Herron complained.

According to Herron, Bredell addressed DA councillors in the municipality on December 12 2019 and proposed that they should agree that the provincial government “places the municipality ‘under administration’”.

The EFF has applied to appeal against the court order that refused public access to the CR17 bank records, saying the order “endorsed secrecy”, ...
News
5 months ago

“It is clear from the comments made in this meeting that the MEC’s intention was to achieve political advantage for the DA, instead of acting in accordance with the constitutional imperative of assisting the municipality as the MEC responsible for local government in the Western Cape province,” Herron told Mkhwebane.

“The MEC’s proposal to the DA councillors of the municipality that they should agree that the Western Cape provincial government places the municipality under administration was improper and constitutes a direct conflict between the official responsibilities of the MEC responsible for local government and his private interests as the Western Cape provincial chairperson of the DA at the time.

“The MEC’s failure or actions ... were improper and constituted a breach of the executive ethics code.”

Mkhwebane found that “indeed, MEC Bredell failed to take timeous appropriate action in connection with allegations of improper conduct against officials of the municipality” when requested to do so.

“His formal response to the serious allegations of misconduct and impropriety at the municipality 10 months after having received the letter of March 11 2019 from a person in the position of the executive manager does not indicate diligence and promptness on his part to attend thereto and at least to obtain more information or the response from the municipality to the serious allegations,” Mkhwebane ruled.

“The suggestion or contention by the MEC that he acted exclusively in furtherance of a matter that concerned his relationship with his political party and that his action fell exclusively within the pursuance of private interests as envisaged in the executive ethics code, and therefore within the private sphere, is misdirected,” she ruled.

“The conduct of the MEC in this regard was therefore not in accordance with the constitution and the law. The allegation that the MEC in that regard was in breach of the executive ethics code is also sustained. The MEC also exposed himself to the risk of a conflict between his official responsibilities as MEC and his private interests.”

Mkhwebane said premier Alan Winde should submit a copy of the report to the provincial legislature within 14 days. She said Winde should also submit a report of the action that will be taken against Bredell.

Gigaba welcomes PP report, claims baseless allegations were used to 'hound me out of cabinet'

Malusi Gigaba also claimed that the "baseless allegations" were in part used to "hound" him out of the cabinet in November 2018.
News
11 months ago

The DA has called for disciplinary proceedings to be instituted against communication and digital technologies minister Stella Ndabeni-Abrahams for ...
News
1 year ago

Public protector Busisiwe Mkhwebane has cleared Western Cape health MEC Nomafrench Mbombo of any wrongdoing in connection with allegations that she ...
News
1 year ago

President Cyril Ramaphosa’s lawyers have accused the public protector of unlawfully obtaining financial information from bank accounts linked to the ...
News
2 years ago
Next Article