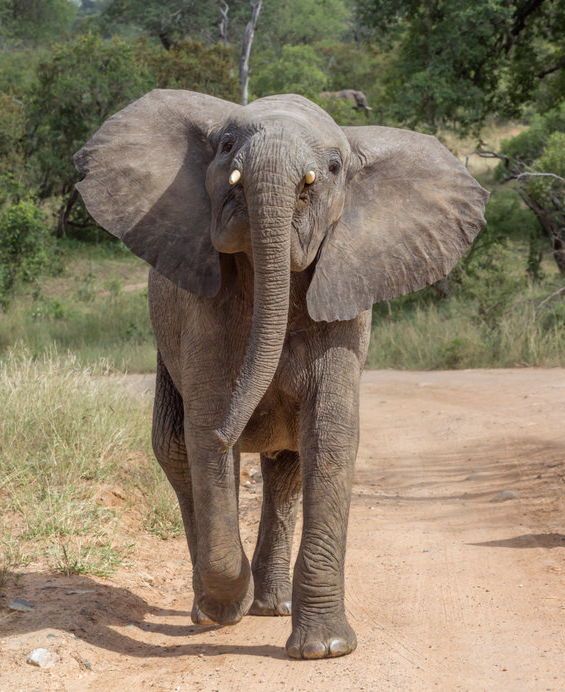 A suspected poacher is believed to have been killed by an elephant in the Kruger National Park. Stock photo.
Image: 123RF/utopia88

A suspected poacher’s body was found in the Kruger National Park (KNP) on Thursday.

KNP spokesperson Isaac Phaahla said initial investigations suggest the deceased was killed by an elephant and left behind by his accomplices.

“No animal was killed in the immediate vicinity,” he said.

“KNP management continues to warn poachers that it is dangerous to hunt illegally in the KNP. Criminals stand to lose their lives and freedom.”

Earlier this week, the KNP reported that a woman was airlifted out of the park for cardiac care, a man was in a critical condition after he was ejected from his car when it rolled and a child had drowned in a townhouse complex swimming pool in three separate incidents.

SA tourist trampled to death by elephant in Zimbabwe

A South African tourist was trampled to death by an elephant in front of his son at a wildlife park in Zimbabwe.
News
1 month ago

Anti-poaching ranger trampled to death by elephant at Vic Falls

In a series of fatal elephant attacks in the country, last month another Zimbabwean man was trampled to death while trying to take a selfie with ...
News
1 month ago
Next Article