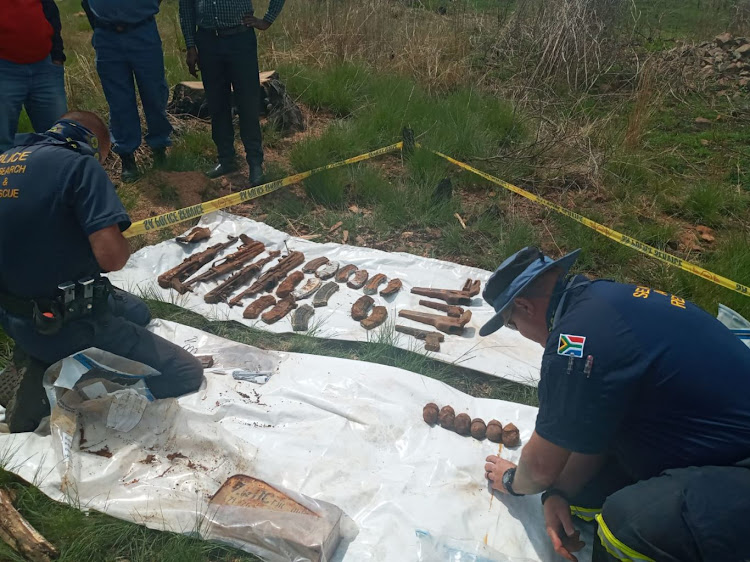 A stash of weapons buried underground has been discovered in Krugersdorp, west of Johannesburg.

An enquiry docket has been opened by police.

Col Dimakatso Sello said people collecting firewood in the veld stumbled upon a pack of stun grenades on Thursday morning.

A large amount of contraband, including dozens of cellphones, chargers, dagga, muti and cash were discovered during a raid at the Qalakabusha ...
News
3 months ago

The Alex Mall security guard who was arrested for the killing of a man during clashes over the disconnection of illegal electricity in Alexandra, ...
News
3 months ago
Next Article