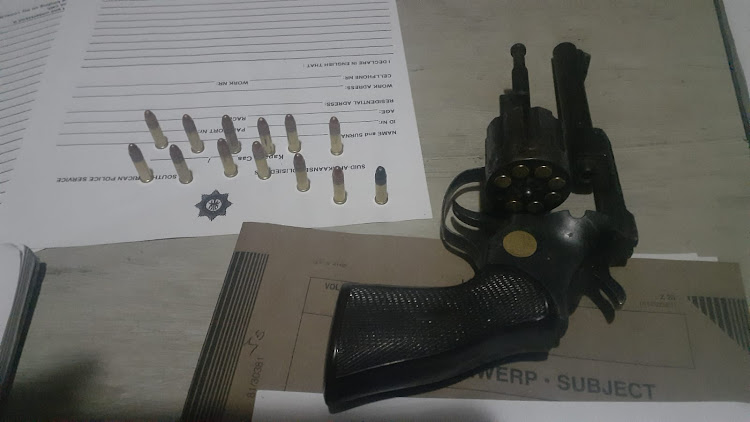 Police said they were found in possession of a firearm, 20 rounds of ammunition, two pairs of gum boots and 21 knee guards.
Image: SAPS

Two suspected zama zamas were arrested this week in the North West mining town of Orkney, which is a hotspot for illegal mining.

Brig Sabata Mokgwabone said Neo Chaketsa, 33, and Malefane Manama, 35, appeared in the Orkney magistrate’s court on Wednesday, for unlawful possession of a firearm and ammunition.

They were arrested the day before by police after allegedly being found in possession of a firearm, 20 rounds of ammunition, two pairs of gum boots and 21 knee guards. 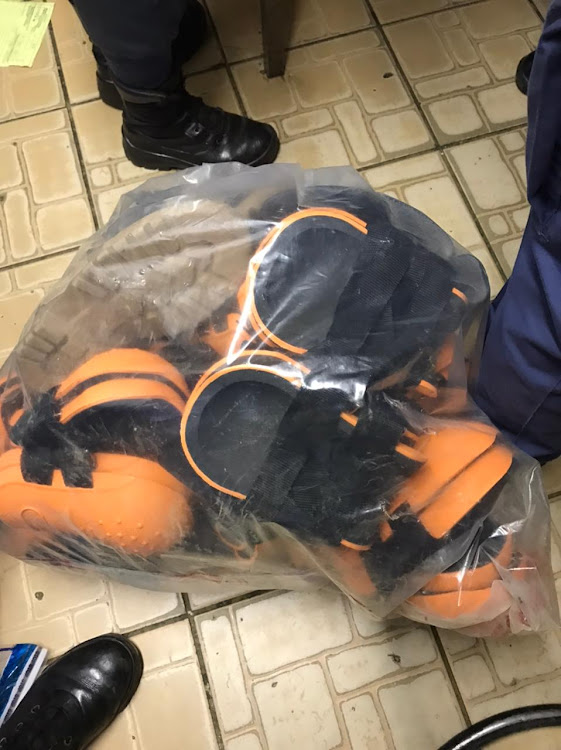 Police said the suspects are both expected to appear again at the same court on Friday for a formal bail application.
Image: SAPS

“The police were conducting crime combating patrols in Kanana Location near Orkney at about 1am [on Tuesday] when they received and responded to a tip-off about two armed suspected illegal miners at one of the local pubs.

“The accused were found at the pub and searched.”

They are both expected to appear again at the same court on Friday for a formal bail application.

North West provincial commissioner Lt-Gen Sello Kwena said police, working with other role players, would not hesitate to deal effectively with illicit mining activities and remove firearms used in the commission of serious and violent crimes.

The town is a battle zone for illegal mining. Earlier this month, eight people were killed and 35 arrested in a shoot-out. Last month the bodies of 25 people were found dumped near a shaft.

More than 30 alleged illegal miners were arrested and six others shot dead in a shoot-out with North West police at a ventilation shaft in Orkney on ...
News
10 months ago

EMPD officer gunned down during shoot-out with 'illegal miners'

An Ekurhuleni metro police officer has been shot dead in a shoot-out with "illegal miners" in Germiston, police confirmed.
News
1 year ago
Next Article