ANC has improved lives of South Africans, says Mantashe as he does door-to-door visits 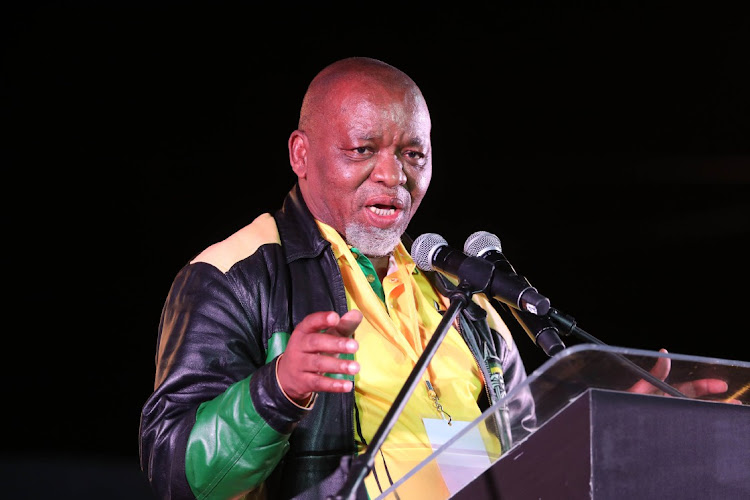 “All of you sitting here are being paid by the ANC government for free every month. All of you. Without doing anything.”

This was ANC national chairperson Gwede Mantashe’s first remark on Thursday as he greeted and asked the ages of a group of six elderly women who were sitting outside one of the homes in Daveyton in Ekurhuleni, where he was conducting the party’s campaign for the upcoming local elections.

Mantashe had been conducting door-to-door visits in the area where he met a number of residents who expressed their frustration about high unemployment, endemic drug trade and use by the youth as well as poor electricity supply.

Mantashe told the elderly women as they tried to raise their issues that the apartheid government had been paying elderly black people once a quarter before the ANC government took over and improved it.

“It was only whites who were being paid monthly but the ANC government changed that and said you must get equal pay. You are in that situation now,” Mantashe said.

One of the women, Poppy Sibiya, however, interjected Mantashe and pointed out that she was not getting free money from the government as she was entitled to it.

“I have been working and paying tax for 37 years, so I have worked for the money I am getting as a grant. It is not even enough because some of us use it to take care of our adult children and grandchildren who are not working,” Sibiya said.

President Cyril Ramaphosa has read the riot act to ANC councillor candidates for the upcoming elections as he warned that they would be kicked out ...
News
9 months ago

Mantashe stressed that while some of the problems raised by the residents deserved to be taken up, the community had to roll up its sleeves and not wait without doing something about it.

He said the ANC government had done much work to improve the lives of South Africans and that it was asking to improve on delivery.

Mantashe told some of the young people who complained about jobs that they had to actively look for jobs in firms, pointing that while jobs were scarce, many were lazy to “ufola” (queue for jobs openings in firms).

“You must not look for the job from the comfort of your blankets. There are unemployed people who are jobless at my home. I told them that the ANC is not going to give them jobs. They must stand up and go look for them,” he said.

One of the young people approached Mantashe as he addressed some  concerned residents and accused him of lying to them, before being heckled and chased away by others, accusing him of intoxication.

A visibly irritated Mantashe accused the youth of disrespect and of only recognising his biological parents as parents.

Some of the residents said that  while they remained unhappy, they were still planning to back the party at the polls.