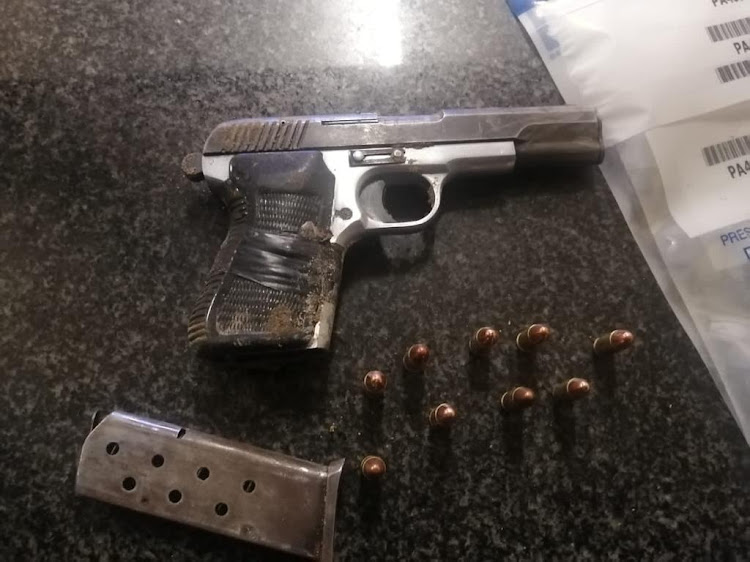 Members of the Flying Squad arrested a 31-year-old man found in possession of this prohibited firearm and ammunition in Athlone on Saturday.
Image: Supplied

A man who fled after seeing a patrol vehicle in Athlone, Cape Town, is behind bars after he was arrested with an illegal firearm on Saturday.

“The members of the Flying Squad were busy with patrols in Athlone on Saturday October 16, when they spotted an unknown man who acted suspiciously.

“The suspect fled the scene when he saw the patrol vehicle and the police members gave chase, and apprehended the suspect near to the N2 Highway,” police spokesperson Warrant Office Joseph Swartbooi said in a statement.

Swartbooi said police searched the man and he was found in possession of a 9mm pistol with ammunition. The man aged 31, was arrested and detained.

“Once charged the suspect is expected to make a court appearance in the Athlone magistrate's court on a charge of possession of a prohibited firearm and ammunition,” Swartbooi said.

A seven-year-old boy was shot dead as cousins played with a gun they allegedly found under a bed at home in the Eastern Cape.
News
3 months ago
Next Article