'They're really going to struggle': How children orphaned by Covid-19 are battling to cope 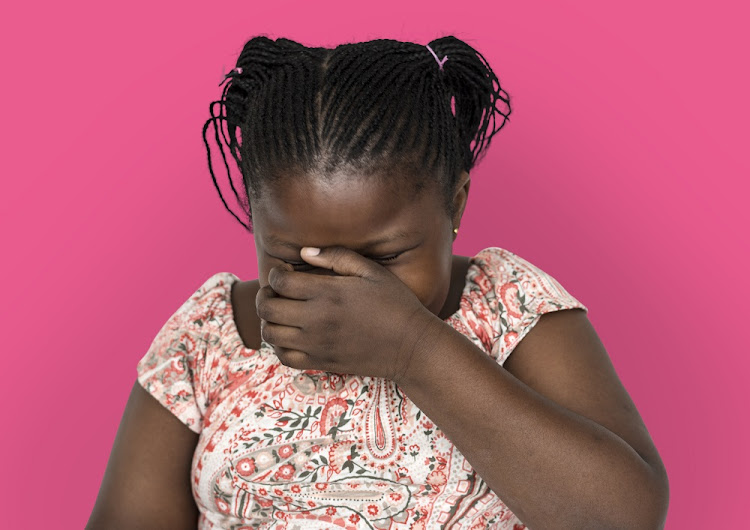 Experts have shared the pain and sense of abandonment felt by children orphaned by Covid-19.
Image: 123RF/ rawpixel

The co-author of a recent study‚ Prof Lucie Cluver‚ said statistics showed that “one in every 200 South African children has lost a primary caregiver” during the course of the pandemic.

These were the words of Cape Town teenager Saadiq Daniels after the “sudden and unexpected” loss of three family members to Covid-19 — all within a month. The 16-year-old first lost an aunt in July and‚ weeks later‚ his uncle and his wife — the latter within a day of each other. Now he's opened up on the pain‚ sadness and shock he and his family still grapple with months after.

The same pain and sadness felt by more than 100‚000 South African children who've either lost a parent or primary caregiver to the virus.

These are among the findings of a UCT study published earlier this year titled “Global minimum estimates of children affected by Covid-19 associated orphanhood and deaths of caregivers: a modelling study”‚ which found that more than 1.5-million children lost their primary caregivers to Covid-19 between March 2020 and April 2021.

The research found that SA recorded among the most caregiver deaths worldwide. On the continent‚ the country topped the list of children left orphaned by the pandemic (82‚422) and those who've lost a primary caregiver (94‚625).

The study was conducted by a multidisciplinary team of researchers at UCT's Accelerating Achievement for Africa’s Adolescent (Accelerate) Hub‚ together with Oxford University and was published in The Lancet.

Co-author of the study Prof Lucie Cluver said that this essentially meant that “one in every 200 South African children has lost a primary caregiver” during the course of the pandemic.

Researchers‚ along with experts interviewed by TimesLIVE‚ shared the effect and long-term consequences this devastating phenomenon has on children. Youngsters‚ like Saadiq‚ have also opened up on their fears and worries after losing family members and family friends to the virus.

According to the latest report by an international organisation the Stop TB Partnership, during the coronavirus pandemic TB funding was slashed by ...
News
8 months ago

These included the lack of closure for orphaned children because of the suddenness of the parent or caregiver's death and the disruption this loss made to their lives‚ which Save The Children SA's Divya Naidoo highlighted as one of the “harder parts” to deal with.

“Can you imagine children [who've received no explanation on Covid-19] suddenly losing their caregiver? The second difficulty the children would have to face is the fact that their whole lives get disrupted ... because where are they going to live?

“Do they now live with this person caring for them [who] may say 'I'm not in a position to take them on the long term' ... and so the child's whole life gets disrupted and then it's even worse when they are then moved away and have to move schools‚” she told TimesLIVE.

Adding to this was Childline SA's Dumisile Nala‚ who said that because of how quickly death could happen with Covid-19‚ children had no opportunity to say their goodbyes to a loved one.

“It's very sudden and it's done and [that parent or caregiver] is not there any more‚” she said.

Not only that‚ but often children had to deal with the loss of another caregiver or family member from the virus.

Both agreed that the long-term effects were devastating on children‚ with Nala citing a case where a child lost a caregiver and had to go live with an older sister who was an alcoholic. The child ended up being sexually abused by a community member.

“It just really shows the effect and vulnerability of children in our communities because of the pandemic‚” she said.

Other long-term effects cited included feeling abandoned‚ developing mistrust and low self-esteem because they feel they're a burden to whoever is taking care of them.

Additionally‚ experts highlighted the effect the loss had on the child's education and entire future‚ with Naidoo explaining that losing the financial security given by a parent or caregiver may force older children to leave school to go work‚ making them vulnerable to opportunists.

“Experts ... are saying that this is going to have long-term effects and I agree because it's not going to give closure to these children. They're really going to struggle in the long term‚” she said.

Touching on the stigma these children already experience from their peers and community‚ given the attitude some had when it comes to the virus‚ Nala highlighted that it was no longer as prevalent as it was when the virus first emerged now that the virus was more common and attitudes had changed towards contracting it.

This was echoed by Naidoo‚ who further added that there was “really nothing to stigmatise” at this stage because “there's bigger worries these children go through than to bother about the stigmatisation”.

Naidoo and Nala spoke of the support that can be given to these traumatised children‚ which they highlighted was not enough and did not solely rest on the government's shoulders.

Naidoo spoke of the role family members can take in better supporting the children and watching out for them‚ especially those in child-headed households.

“When children know you care and they feel that you care‚ when you step in‚ they're not going to turn against you because they know you're coming from a place of caring‚” she said.

Nala‚ meanwhile‚ stressed the importance of including children in discussions and consultations around the pandemic.

“We have to make that effort [to engage them] and not only when we want something from them‚ because that's what usually happens‚” she said.

While the children TimesLIVE spoke to had not experienced the death of a parent or caregiver‚ many like Daniels had lost family members and friends and they too shared their fears and worries about their own parents or caregivers contracting the virus.

Emily Olivier‚ 14‚ shared her concern after three family members contracted the virus and very close family friends lost their lives to it.

“Our whole family was very worried because at that time some of our friends died of Covid-19. Our family was not coping very well at this time‚” she revealed.

Olivier also shared her “continuous anxiety” of who will take care of her and her sister‚ who has cerebral palsy‚ should her parents die from the virus.

Adding to this was 17-year-old Talitha Counter‚ whose entire family contracted the virus‚ who shared her worry of losing her parents to the virus as they're often left exposed due to work.

For Daniels‚ the loss of his family has made him fearful that others close to him could contract the virus from him and lose a loved one.

“I've always heard of people dying but the moment it affected my family‚ reality struck that this is real and that I should take the protocols of the pandemic seriously.”

Five members of family wiped out by Covid-19

What was supposed to be a jolly time for a Limpopo family ended tragically after five relatives died of Covid-19 related illnesses, one after ...
News
1 year ago

The community of Dr Kenneth Kaunda district municipality in the North West has raised concerns about orphans and children born to foreign nationals ...
News
9 months ago

School is a break from work, hunger for teenagers like these

Matilda is 12 and operates a small stall selling packets of chicken, sausages, fish and some scones baked by her aunt. On a cold evening, she was ...
News
2 years ago
Next Article