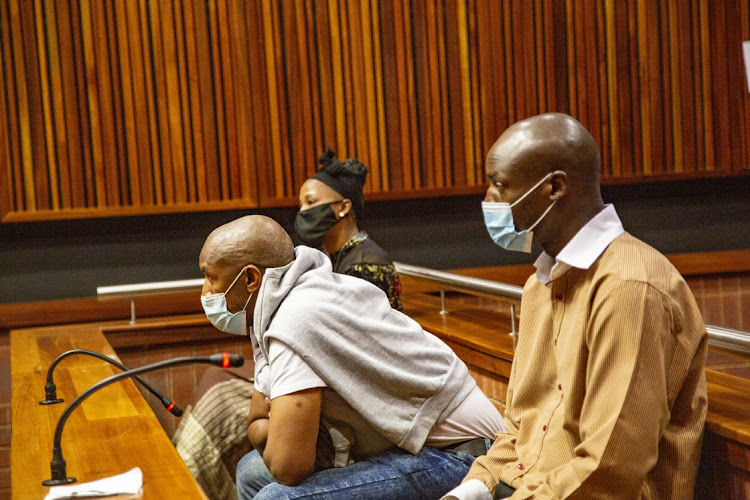 A senior police officer says one of the cops facing a charge of murder in connection with the killing of Nateniel Julies booked out the firearm used in the shooting without ammunition.

Lieut-Col James Chauke, who is attached to the Eldorado Park police station’s Visible Policing Unit, testified that he was the standby duty commander of the station when Julies was murdered on the night of August 26 last year.

Chauke on Wednesday told the high court in Johannesburg sitting in the Palm Ridge magistrate’s court that he checked the Occurrence Book (OB) record to determine whether Sgt Scorpion Ndyalvane booked out ammunition along with the shotgun used in Julies’ murder.

Chauke said he found that the firearm was booked out without ammunition, adding that this was against the police’s standard operating procedure.

He was testifying in the trial against Const Caylene Whiteboy, Ndyalvane and Sgt Forster Netshiongolo.

Gauteng High Court judge Ramarumo Monama on Wednesday pleaded with defence lawyers in the Nathaniel Julies murder case to focus on the questions the ...
News
1 week ago

Ndyalvane and Netshiongolo both also face a charge of perjury.

“I checked the OB and I saw that he (Ndyalvane) only booked out the shotgun without ammunition. After seeing that he did not book out any rounds, I just left the matter because I did not authorise the booking out of the shotgun,” said Chauke.

In the trio’s summary of substantial facts contained in the indictment, Ndyalvane would at times book out a 12-gauge calibre pump action shotgun but usually without ammunition.

“When going on duty during the period December 2019 to March 2020, accused two (Ndyalvane) booked out a shotgun without rounds at least 11 different times,” read the indictment.

Chauke further told the court that on the night of the shooting, he received a call that Ndyalvane was with the victim at Chris Hani Baragwanath Academic Hospital in Diepkloof, Soweto.

He said he drove to the hospital where a nurse told him that Julies was declared dead on arrival before showing him his body. “She removed the blanket and on closer observation, I noticed multiple wounds on the chest and stomach. I then left Bara and went to the station,” he said.

He explained that while at the station, Netshiongolo called him and told him that he was at the scene of the crime. “I then proceeded to Nicol Road opposite the Hillbrow flats. I then saw Sgt Netshiongolo standing next to the white truck,” said Chauke.

He told the court that he was left confused when he arrived at the scene because it was not cordoned off nor was there a strong presence of police officers. “I told him that there is no scene here because nowhere was it cordoned off. He then told me he had two exhibits and he gave me two live rounds and said he found them at the scene,” said Chauke.

He said he returned to the police station where he booked into the evidence room the two 9mm cartridges he collected from Netshiongolo along with the shotgun that was used in the shooting.

A witness in the Nateniel Julies murder trial has given the court a glimpse of  the teenage boy's last moments.
News
1 week ago

On Wednesday, the court heard the recording in which Whiteboy, Ndyalvane, Sithole and two other officers are heard talking about the shooting.
News
1 week ago

A lawyer of one of the police officers facing a charge of murdering 16-year-old Nathaniel Julies, has accused a witness on the stand of loading ...
News
2 weeks ago
Next Article