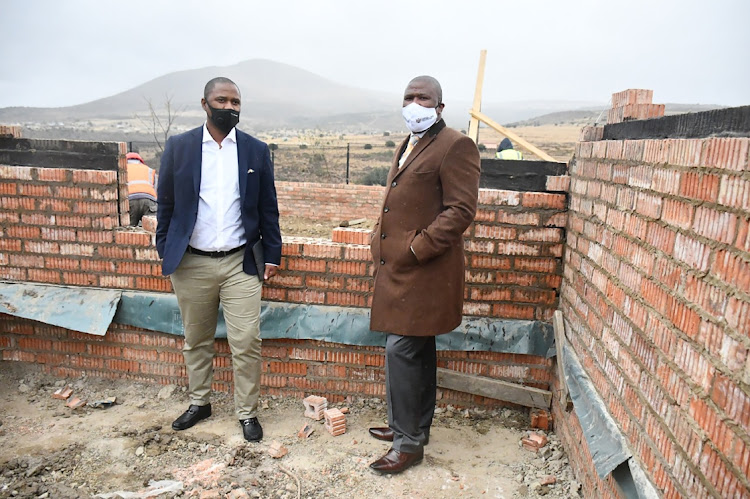 ANC provincial treasurer Babalo Madikizela has challenged is mounting a court challenge against public protector Busisiwe Mkhwebane’s damning report on Winnie Madikizela-Mandela R1.1m memorial service funds in which he has been implicated. Madikizela is with Eastern Cape premier Oscar Mabuyane in this picture thrown his weight behind ANC provincial chair and Premier Oscar Mabuyane ahead of the party's elective provincial conference in December. Picture FILE
Image: FILE

Madikizela and provincial chairperson and premier Oscar Mabuyane have been found by Mkhwebane of having unduly benefited from the funds allegedly siphoned from an Eastern Cape municipality using businessman Lonwabo Bam, who deposited two affidavits implicating Madikizela and Mbuyane.

Madikizela's lawyer Mvuzo Notyesi confirmed that they have filed papers in the Bhisho High Court in the Eastern Cape on Thursday afternoon challenging Mkhwebane's findings and remedial action.

Notyesi said Madikizela believed that Mkhwebane erred in concluding about him and that she relied on wrong facts.

Mkhwebane, who released her report on Friday, directed the Hawks to investigate allegations that Mabuyane received R450,000 to renovate his house from R1m allocated for the memorial service of the late Struggle stalwart Madikizela-Mandela.

An investigation was carried out by Mkhwebane after receiving a complaint from Xolile Mashukuca, a resident of the Buffalo City municipality, that amounts of R2m and R1m were misappropriated by officials in the provincial government and in the Mbizana local municipality.

Mabuyane claimed that his allocation of R450,000 was a private loan from Madikizela at the time he was a businessman and yet MEC.

In his one of his affidavits, businessman Bam had alleged that R2.2m was paid into his business account by Masilo Phala, a director of Key Spirit Trading 218. He said he had not performed any work to receive the amount but was told to redistribute it to provincial government officials.

Eastern Cape Premier Oscar Mabuyane hauled the Hawks before the high court in the Eastern Cape in an effort to stop the police's elite investigating ...
News
1 month ago

This is part of Eastern Cape Premier Oscar Mabuyane’s argument advanced to the Bisho high court in his application last month to stop the Hawks from ...
News
1 month ago
Next Article