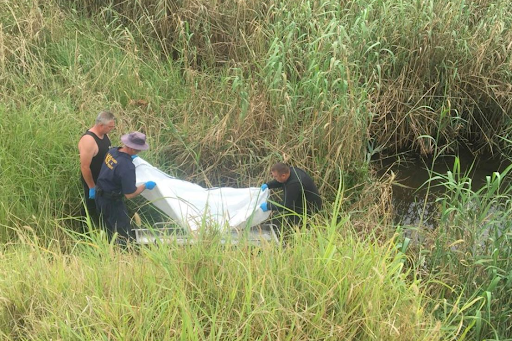 Details of Gabisile Shabane's murder were provided in court on Wednesday. She was murdered in 2018 and her body dumped in a river from which it was recovered. File picture.
Image: 'EMalahleni Residents/Community - Municipality' via Facebook

Traditional healer Thokozani Msibi bragged as he showed off a mayonnaise jar he had used to store the body parts of Gabisile Shabane, a child with albinism he had allegedly killed as part of a muti ritual.

The high court sitting in Middelburg on Wednesday heard how Shabane’s private parts, breasts and the fat from her inner thighs were put together in the large glass jar and stored in Msibi’s indumba — a hut used by traditional healers — in Emalahleni (formerly Witbank).

This was the version of Msibi’s friend and neighbour, John Magutshwa, who hails from Eswatini. He told the court that he had arrived in Emalahleni in February 2018.

He said he went to Msibi’s indumba, but the traditional healer wasn't there. He called Msibi, who told him he was on his way but instructed him to go inside the hut, look into the centre and tell him what he could see.

“I entered the indumba and I saw something in a bottle of a mayonnaise. There was some fat and something blackish. I said to him it looks like the fat of a python. Msibi laughed and said he is coming,” Magutshwa testified.

After a two-hour consultation with traditional healer Thokozani Msibi, his lawyer quit.
News
7 months ago

“When he arrived, he found me seated outside. He greeted me and went into the indumba. He fetched the bottle and stood at the door. He called me and said let us go inside,” said Magutshwa, describing how Msibi had held the bottle in his hands.

“He said, ‘What’s in here is private parts, a breast, heart and the fat from between the thighs of a person living with albinism that we got from Hlalanikahle,’” Magutshwa told the court.

He then testified that Msibi told him that “some men from Pretoria” and Mfanasibili Gamedze, an Eswatini national, had kidnapped the girl.

“He said they took the person to the farm in Cullinan and that is where they killed and harvested her body,” Magutshwa continued.

He was testifying in the case against Msibi, Mthobisi Brilliant Mkhize and Knowledge Wezi Mhlanga. Gamedze died behind bars while waiting to be extradited to SA from Eswatini, while a fifth accused, Josiah Thubane, pleaded guilty to his part in the murder in 2019. He is already serving his sentence.

They stand accused of murdering Shabane, a 13-year-old girl with albinism who was murdered, allegedly for her body parts. Shabane had been kidnapped along with her 15-month-old nephew, Nkosikhona Ngwenya, whom the accused had allegedly mistaken for another child with albinism.

Msibi told us he wanted us to get an albino, kill the albino, harvest parts and those are the ones that will make us rich. He said that would lead to us having our own homes.

It is alleged that after realising that Ngwenya was not the correct child, they stopped on the N4, threw him over a bridge and left him to drown in a swamp.

Magutshwa told the court where the plan to find the albino had come from.

“Mkhize and I were talking about us wanting to prosper in life like Msibi. Msibi then told us he wanted us to get an albino, kill the albino, harvest parts and those are the ones that will make us rich. He said that would lead to us having our own homes. It was not just us there but another [person] was there too,” he said.

The life Magutshwa and Mkhize were coveting was apparently the one of luxury that Msibi lived. While Msibi had his traditional healer practice in the township, he lived in a posh house in Modelpark, a suburb in Witbank. He was known to drive fancy vehicles.

The man that Magutshwa engaged in conversation with about wanting a life similar to that of Msibi was a man that TimesLIVE has identified as “Mr X”. He testified in proceedings held earlier this week. He is a state witness, and cannot be formally identified.

“We were talking about it and drinking,” said Magutshwa, adding that they were confused about how and where they could find a person with albinism.

Magutshwa said a few days after this conversation, there was an emergency at home which led to him leaving for Eswatini.

“I went home for about three days and came back to find him [Msibi] with Gamedze, who was now assisting him with his clients. I don’t know where he and Gamedze met.

“During that time I stayed along with Gamedze at Msibi’s place and I got used to him. One day Gamedze and Msibi came with a car and found me in the indumba. We sat together and spoke, and later Gamedze had to leave and go home. Once he had left, Msibi told me that Gamedze had said they had identified a house in Hlalanikahle where there was a person with albinism,” said Magutshwa.

The house would turn out to be the Shabane home.

“Him saying that did not mean we must stop looking [for more people with albinism]. Msibi was just informing me of what they had found,” he told the court.

Prior to them locating this house, Magutshwa said they had done all they could to find a person so that their dreams and wishes of riches could come true.

Out of desperation, they had also gone searching for a person with albinism among the prostitutes who operated in Emalahleni.

“We had a discussion. We were sitting there with Msibi and [Mr X] and we decided we would go out later that evening to go buy the services of the prostitutes. We thought we may be lucky and perhaps find a person with albinism among them.

“We went out searching when it became dark. We could not find that person. Msibi had given me R800 to buy the services should I find her. When we failed, he told me to buy any whore. I bought the services of a normal prostitute, went inside, slept with her. The plan was for me to wait outside for her afterwards and once she comes outside, I should ask her how much it would cost to have her all night. No matter the price, I was supposed to tell her that money was available,” Magutshwa said.

The plan, he told the court, was to convince the prostitute to get into the car with him, Msibi and Mr X, where they would then sacrifice this prostitute since they were battling to locate a person with albinism.

We were going to kill the prostitute and take the parts we needed.

“But the prostitute never came out and I returned to the car where Msibi and [Mr X] were waiting. Msibi popped out more cash and asked that Mr X to go buy the services of the same prostitute, but she never came out.

“We were going to kill the prostitute and take the parts we needed,” said Magutshwa.

But they returned home that night empty-handed.

Magutshwa said he left Emalahleni for the festive season and was later joined by Msibi in Eswatini. He told the court Msibi came back to Emalahleni in January, while he returned only in February 2018.

Upon his return, Magutshwa said, Shabane had been located, murdered and her body parts harvested.

Thubane and his business partner had been accompanied by Mhlanga for a consultation with Msibi. When they arrived, they found Gamedze also present. In his confession, Thubane told the court he was advised by Msibi to bring him a person with albinism to boost his struggling rental property business.

Msibi had known of Gabisile and another child living in the same home who had albinism and apparently informed them of this.

Thubane, Mhlanga, Msibi and Gamedze allegedly met to hash out and execute the kidnapping plan. They broke into the Shabane household in Hlalanikahle in January 2018, pointed firearms at the family and fled with the children. Thubane had told the court that he was haunted by his deeds and had decided to come clean.

A Mpumalanga traditional healer who admitted to killing two children with albinism in a bid to boost his business, will soon learn how many years he ...
News
2 years ago

A man who lied about having information on the Witbank girl who was kidnapped and killed for her body parts earlier this year has been sentenced to ...
News
2 years ago
Next Article