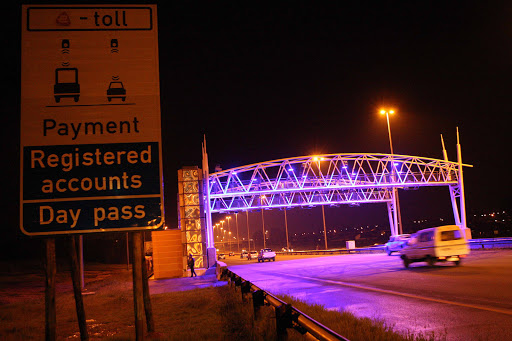 Transport minister Fikile Mbalula has distanced himself from claims that he said the controversial e-tolls in Gauteng cannot be scrapped.

The Citizen reported last week that Mbalula said the e-toll system cannot be scrapped as national roads had to be maintained.

“The funding model that we have employed as a country for our roads is affected by our attitude towards e-tolls, but we are working on that and an e-toll solution will be found. We are a caring government but have a country to run and an economy to sustain and we’ve got hard decisions to make regarding this matter,” he was quoted as saying at the opening of two driving licence centres in Gauteng.

But on Wednesday Mbalula said this was not what he said. However, his statement did not clarify what he meant.

“Such statements are at best mischievous and at worst malicious,” the statement read. “It is common cause that Outa [the Organisation Undoing Tax Abuse] and the Gauteng government, among others, are opposed to e-tolls. We have taken into consideration their concerns as part of the process aimed at finding a sustainable solution.”

'E-tolls are not part of the way forward': Gauteng transport MEC firm on stance to scrap e-tolls

Gauteng transport MEC Jacob Mamabolo said his department remained “firm” in its call for the scrapping of e-tolls.
News
4 months ago

The Automobile Association (AA) says comments by Gauteng MEC for transport Jacob Mamabolo on e-tolls do not amount to an official announcement on the ...
News
5 months ago

The e-tolls have always been contested. Premier David Makhura has on numerous occasions campaigned on the ticket that his government would scrap them. Opposition parties in the province are also opposed to the enforcement of e-tolls.

The tolls were a flop from the beginning, when Gauteng motorists decided not to purchase e-tags and refused to pay their bills in protest.

“Over the last months, we have been emphatic that the matter of e-tolls is a matter cabinet is seized with. Work that will inform the final decision of the cabinet is under way. We expect that the minister of finance, when he delivers the medium-term budget policy statement in November, will pronounce on the e-tolls,” said Mbalula.

In March, Business Day quoted Gauteng public transport and roads infrastructure MEC Jacob Mamabolo saying the province had made a compelling argument to President Cyril Ramaphosa, Mbalula and then finance minister Tito Mboweni, which they were confident would resolve the matter.

“We have made a compelling case clearly stating that it is not correct for residents of our province to be burdened with paying for e-tolls,” Mamabolo was quoted saying.

“We are of the strongest view that the freeway network that is being tolled services the national economy and the Southern African Development Community, as well as the international economy. It is therefore not fair to expect the people of our province to carry the burden.”

“The new dawn must also bring a solution to the protracted and unresolved problem of e-tolls."
News
3 years ago
Next Article