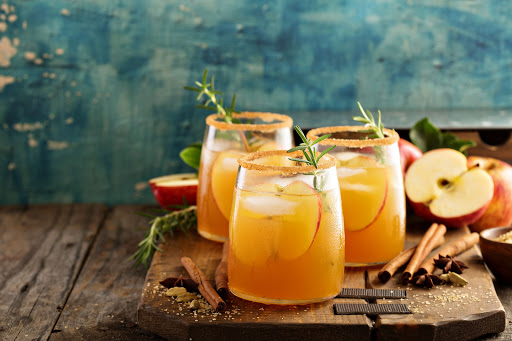 If the investigation reveals Elgin Fruit Juice contravened the provisions of the Consumer Protection Act, the commission will ask the National Consumer Tribunal for an administrative fine of 10% of their total annual turnover or R1m, whichever is the greater. File image
Image: 123RF/Elena Veselova

An investigation has started to establish whether a company that produces apple concentrate placed the lives of consumers at risk after its products were found to contain a fungal product that can lead to sickness.

The National Consumer Commission (NCC) on Wednesday announced that it is investigating Elgin Fruit Juice, the supplier of 100% apple juice concentrate, after Coca-Cola, Pioneer Foods and Woolworths withdrew products produced with the concentrate as they feared they pose a risk to the public.

Coca-Cola Beverages was the first to notify the NCC at the end of September that routine tests had revealed that their Appletiser contained a mycotoxin called patulin.

Patulin is a toxic fungal product produced by mould commonly found in rotten apples. The toxin can cause vomiting, nausea and gastrointestinal disturbances when it is consumed.

When Pioneer Foods learnt about this problem they conducted tests and found a similar problem with their LiquiFruit apple juice. Woolworths had the same results with their house brand apple juice.

The three companies have recalled their products from supermarkets.

The NCC is now investigating if Elgin Fruit Juice placed the lives of consumers at risk and if they can be held liable for that.

Prudence Moilwa, head of enforcement and investigations at the NCC, said the contaminated batch has been identified but it is yet to be established how many of this batch had been sold. She said this will be unpacked by the investigation.

The National Consumer Commission on Wednesday announced it is pursuing Elgin Fruit Juice for allegedly supplying 'goods that are unsafe or pose a ...
News
5 days ago

Moilwa said the company will be asked specific questions as to what happened. The NCC will then ask for the tests that it says it has done.

“We will need their test results from the retention samples. We will then check if they indeed retained the samples and if those samples when tested, were they the ones that were problematic,” Moilwa said.

Companies that produce food products have to keep retention samples in case there are problems with the items they have released to the market.

“We will also ask the department of health to step in with the expertise on food health. That will be to test if the information we have received can be trusted.

“Laboratories that do the test are accredited. The testing that is done by the companies is not necessarily influenced by the company. There will only be a requirement for us to conduct tests ourselves if we pick up that we cannot trust the lab results that we have received.

Moilwa said such investigations can take three months or longer.

If the investigation finds Elgin Fruit Juice to be in the wrong, the matter will be referred to the National Consumer Tribunal where the NCC will ask for a fine of 10% of their total annual turnover.

“I think they have already started working on this because... they were part of the meeting that we had with Elgin Fruit yesterday,” she said.

In 2018, Enterprise Foods had to shut down several plants after the department of health linked an outbreak of listeriosis in the country to their polony. More than 200 people died in the outbreak, which led to a class-action suit by the victims.

Woolworths recalls some apple juice cartons due to mould toxin

Woolworths has issued an urgent recall for a batch of 200ml branded apple juice cartons that contain a mould toxin.
News
1 week ago

A week after Appletiser announced a recall of six batches of its product due to elevated levels of a mould toxin, Pioneer Foods has announced a ...
News
1 week ago
Next Article