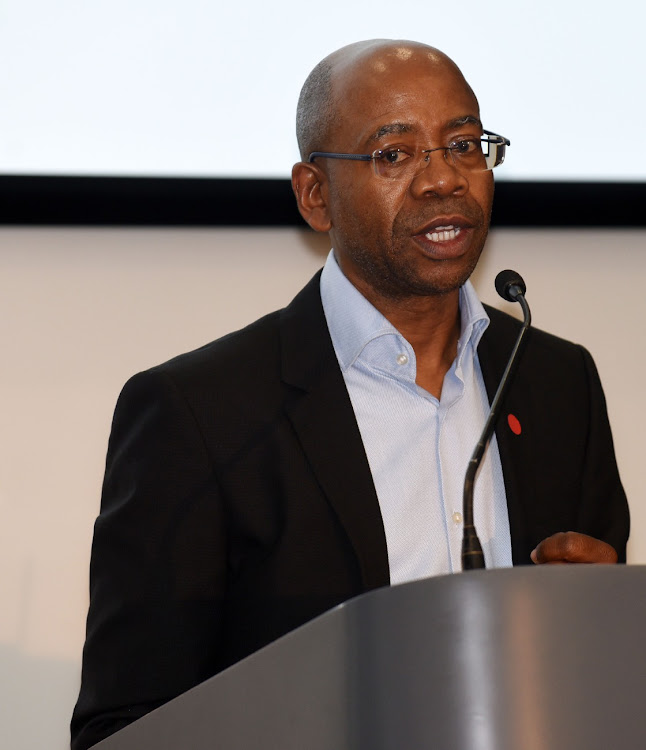 Busa president Bonang Mohale and members of his leadership met with the leadership of Black Business Council to form a collaboration.
Image: Freddy Mavunda

The Black Business Council (BBC) and Business Unity SA (Busa) are working on solidifying their relationship after years of frosty relations that resulted in a breakaway.

The meeting comes after the two organisations elected new leaders in August.

Matabane said the meeting agreed that the two organisations should focus aggressively on the practical implementation of the cooperative framework agreement signed in 2019.

He said the agreement focused on practical creation of sustainable black industrialists, participating together at Nedlac, and sharing collaborative public platforms including business forums and councils.

Matabane said the collaboration would seek a unified position on key economic focus areas of mutual interest, SMME funding and access to finance, infrastructure development and the township economy, among other things.

"This cooperation framework agreement will be managed and governed by the steering committee co-led by both the BBC head of policy, Tilson Manyoni, and Busa vice-president Adrian Gore."

Matabane said BBC emphasised its position at the meeting that it had "no intention to go back to Busa, at least for now".

He told Sowetan that BBC was continuing to agitate for inclusion of black people in the mainstream economy. "Both BBC and Busa will have to look at the issues that made BBC to leave Busa and see if those matters were addressed or not, and take it from there," he said.

The BBC broke away from Busa in 2011 following accusations that Busa was not pushing for transformation policies.

The Black Management Forum's president Andile Nomlala said they were fully behind the collaboration between Busa and the BBC.

Matabane said that BBC's new leadership was making arrangements to engage with all its members and affiliates and Nafcoc, which also had frosty relations with the council, was one of those members who will be engaged before the end of 2021.

Black business formations have hailed the appointments of two black executives to senior leadership positions in the mining sector as a source of ...
Business
2 weeks ago

Delays in the payment of contractors and suppliers within a month are stifling growth in black businesses and forcing some to close after the ...
News
1 month ago

Last Thursday, I finished my second tour of national duty with the Black Business Council (BBC) as its president, after having served as ...
Opinion
2 months ago
Next Article